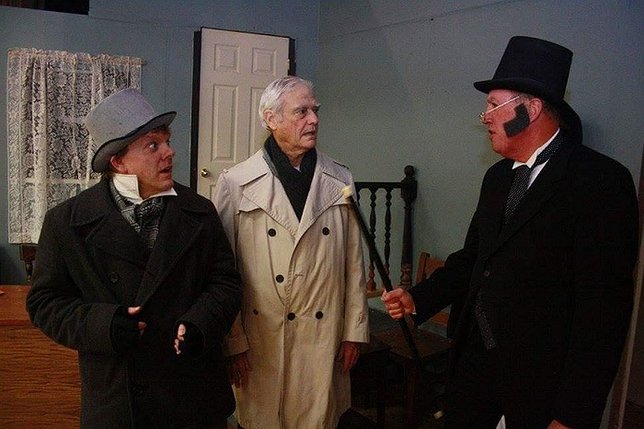 Between July 2011 and January 2015, defendants Wafa Abboud and Marcelle Bailey allegedly stole hundreds of thousands of dollars and failed to pay taxes on the proceeds of their crimes.

“Tax fraud is a serious crime that harms all New Yorkers and shifts the burden to honest taxpayers,” said Attorney General Schneiderman. “The crimes alleged in these indictments are troubling, particularly because they involve funds intended to benefit the developmentally disabled community. My office will continue to prosecute those who try to game the system for their own personal gain.”

“Embezzlement of public funds meant to aid individuals with developmental disabilities impacts some of the most vulnerable members of our community,” said United States Attorney Robert L. Capers. “With this indictment, we serve notice that those who engage in such crimes will be vigorously investigated and held to account.”

The two indictments charging each defendant separately with the crimes of Criminal Tax Fraud and Filing a False Instrument, relate to a joint investigation conducted by the Office of the Attorney General, the Justice Center for the Protection of People with Special Needs, and the U.S. Attorney’s Office For The Eastern District of New York.  In the related investigation, a federal grand jury in Brooklyn returned a seven-count federal indictment charging Abboud and Bailey with embezzling and laundering hundreds of thousands of dollars from Human First.

The joint investigation revealed that between January 2011 and May 2016, Abboud allegedly directed Human First to pay hundreds of thousands of dollars in consulting fees to a company controlled by Bailey. Abboud used the funds to pay her personal expenses, including more than $114,000 in personal credit card debt, which included charges for cosmetic surgery, family vacations, jewelry, meals, and spa treatments. She also used the funds to pay property taxes on her Merrick residence and to make large international wire transfers.

Bailey was indicted for two counts of Criminal Tax Fraud in the Third Degree, a Class D Felony, and one count of Offering a False Instrument for Filing in the First Degree, a Class E Felony.

The investigation was conducted by Richard Cicero, Supervisor of Financial Investigations, from the Justice Center for the Protection of People with Special Needs, and Investigator Steven Broomer of the Investigations Bureau, with assistance provided by Deputy Chief Auditor Sandy Licul Bizzarro of the Forensic Audit Section, and former legal analyst Morgan McCollum of the Public Integrity Bureau.  The Attorney General’s Office thanks the NYS Department of Taxation and Finance for their work on the case.

The Attorney General’s Office thanks the U.S. Attorney’s Office for its work on this case.

The charges against are accusations, and the defendant is presumed innocent until proven guilty in a court of law.