A.G. Schneiderman announced an agreement with the North Babylon Union Free School District to ensure educational access for students regardless of their immigration status. 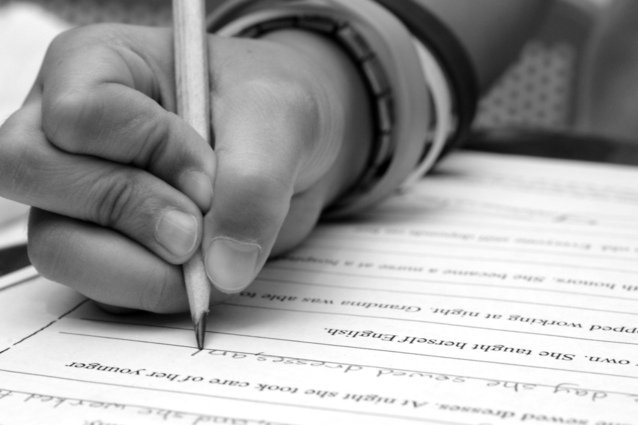 North Babylon, NY - January 12, 2017 - Attorney General Eric T. Schneiderman today announced an agreement with the North Babylon Union Free School District to ensure educational access for students regardless of their immigration status.  Among other reforms, the district agreed to retain an ombudsman who will provide internal oversight over enrollment policies within the district; to develop new enrollment materials and procedures; and to provide additional training to staff involved with the student enrollment process.

North Babylon Union Free School District joins 23 other school districts across New York State that have entered into agreements with the Attorney General’s Civil Rights Bureau to ensure that all students are able to enroll in public school regardless of immigration status.

“Education lies at the core of our American democracy, and every child – no matter where they were born – deserves the chance to go to school,” said Attorney General Schneiderman. “I am pleased that the North Babylon District has agreed to work with our office to ensure that all students are able to enroll and attend school there, regardless of the circumstances under which they arrived here or their immigration status.  We will continue to work with school districts across New York State to ensure that every child is treated equally and has full access to an education that will allow them to become contributing members of society.”

In October 2014, the Attorney General and the New York State Education Department (SED) launched a joint review of enrollment policies and procedures of school districts in Nassau, Suffolk, Westchester, and Rockland Counties – counties that had experienced a significant influx of unaccompanied minors from Central and South America – in order to determine whether those districts were impermissibly discriminating against students or prospective students on the basis of immigration status.

Following the joint review with SED, in August 2016 the Attorney General opened a formal investigation into the North Babylon Union Free School District. The investigation found that in the spring and summer of 2016, the district repeatedly delayed and denied the enrollment of an unaccompanied minor seeking to attend high school within the district.

In March 2016, the sixteen year-old youth had entered the U.S. – after fleeing El Salvador due to violent conditions in that country – and was detained by federal immigration authorities until he was released to an aunt who resided within the district.  When the aunt sought to enroll the youth in May 2016, the investigation found, she was told by a district employee that the youth could not enroll until the following school year, despite SED guidance that required school districts to immediately enroll any student seeking enrollment.

Following this, in August 2016, the investigation found that the district ultimately refused to enroll the youth on the ground that he was not a district resident, because his mother lived outside the boundaries of the district and, should the youth or his mother desire him to return to El Salvador, he would be permitted to do so.

The investigation found that the district stated this as the basis of its enrollment denial despite the fact that representations made by the youth’s mother, through his aunt, specifically referenced the level of violence in the youth’s country of origin as one of the principal reasons why the youth no longer resided with his mother and had traveled unaccompanied from Central America to the U.S.

The investigation also found that as late as August 2016, the district’s enrollment materials, which were publically available on its website, did not meet the requirements of state education regulations concerning student enrollment.  The investigation also found that the district lacked internal policies and procedures governing how its enrollment process would be conducted; how employees involved in that process, or interfacing with prospective enrollees, should execute the process; or how residency determinations would be made by relevant district personnel.

The agreement entered into between the Attorney General and the district requires the district to do the following:

Eilleen Buckley, Supervising Attorney at the Long Island Advocacy Center, said, “As advocates for students across Long Island, our organization is acutely aware of the needs of immigrant students and unaccompanied minors who came to New York with the dream of a better life and a meaningful education.  We commend Attorney General Schneiderman for his tireless efforts to ensure all students on Long Island and across our state receive equal educational opportunities, regardless of their immigration status or national origin.”

This matter is being handled by Assistant Attorneys General Justin Deabler, Ajay Saini, and Diane Lucas of the Civil Rights Bureau, with the assistance of bureau support staff and Bureau Chief Lourdes M. Rosado. The Bureau is part of the Division of Social Justice, which is led by Executive Deputy Attorney General for Social Justice Alvin Bragg.