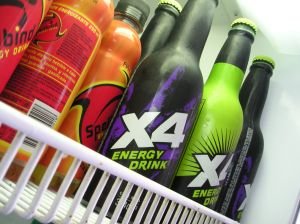 New York, NY - March 26, 2014 - Attorney General Eric T. Schneiderman announced today that he, 19 other Attorneys General, and the City Attorney of San Francisco reached an agreement with Phusion Projects, LLC, Jaisen Freeman, Christopher Hunter, and Jeffrey Wright (collectively, “Phusion”) to resolve allegations that Phusion has marketed and sold flavored malt beverages in violation of consumer protection and trade practice statutes. Among other violations, Attorney General Schneiderman and his partners alleged that Phusion promoted flavored malt beverages to underage persons; promoted dangerous and excessive consumption of its flavored malt beverages; failed to disclose to consumers the effects and consequences of drinking alcoholic beverages that are combined with caffeine; and, before 2011, manufactured, marketed, and sold caffeinated beverages that are unsafe. As part of the agreement, Phusion has agreed to discontinue a number of practices related to the sale and promotion of its flavored malt beverages, especially those that were marketed to college students and paired with ads featuring actors who appeared to be underage.

“As numerous regulators and the Food and Drug Administration have rightly concluded, alcoholic energy drinks are dangerous—especially for the teenagers and young adults they target,” Attorney General Schneiderman said. “Today’s agreement ensures that one company will no longer market a dangerous product to youth, but we must remain vigilant and continue to seek out dangerous marketing tactics and unsafe beverages that are increasingly sold in stores across the country. I thank my partners in law enforcement for their work in this case and look forward to a continued partnership to promote public health.”

A copy of today’s settlement can be viewed here.