The Pentagon chief overturns the 1994 ban. 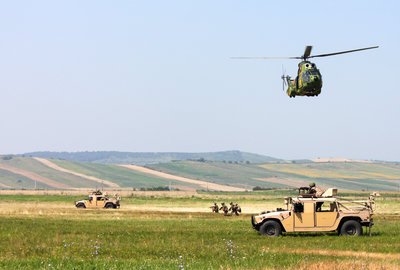 In a groundbreaking decision to overturn a 1994 ruling that banned women from serving on the front lines, U.S. Defense Secretary Leon Panetta is now allowing women to serve in combat. The decision will allow hundreds of thousands of women to take front lines positions as well as more elite commando jobs.

The move came after a recommendation from the Joint Chiefs of Staff to reverse the ban. Military branches will have until January 2016 to implement the changes as well as to decide on any special exceptions from allowing women to serve. While some positions may be available to women as early as this year, more elite positions (such as Navy SEALS and Army’s Delta Force) may take longer to be available to women.

Heads of each military branch must report their first plans on implementing women no later than May 15. The policy change was supported unanimously by the chiefs of services.

Although women have technically served on the front lines in the past, there has never been an official assignment of a woman to a combat position. Traditionally, they have held positions such as pilots, medics and intelligence officers – roles that may require combat but are not considered official combat or infantry titles.

Almost 290,000 U.S. women have served in either Iraq or Afghanistan since the start of both of those wars, out of a total of 2.5 million military personnel that have served. About 230,000 military jobs are expected to be open to women as a result of this decision.

In 2012, Panetta opened 15,000 military jobs to women as well. Women currently make up about 14 percent of the 1.4 million active military personnel. Panetta has stated that he has been committed to making these changes since taking office.

Panetta – along with Army General Martin Dempsey, chairman of the Joint Chiefs of Staff - are expected to make an official announcement on the lift of the ban on Thursday.