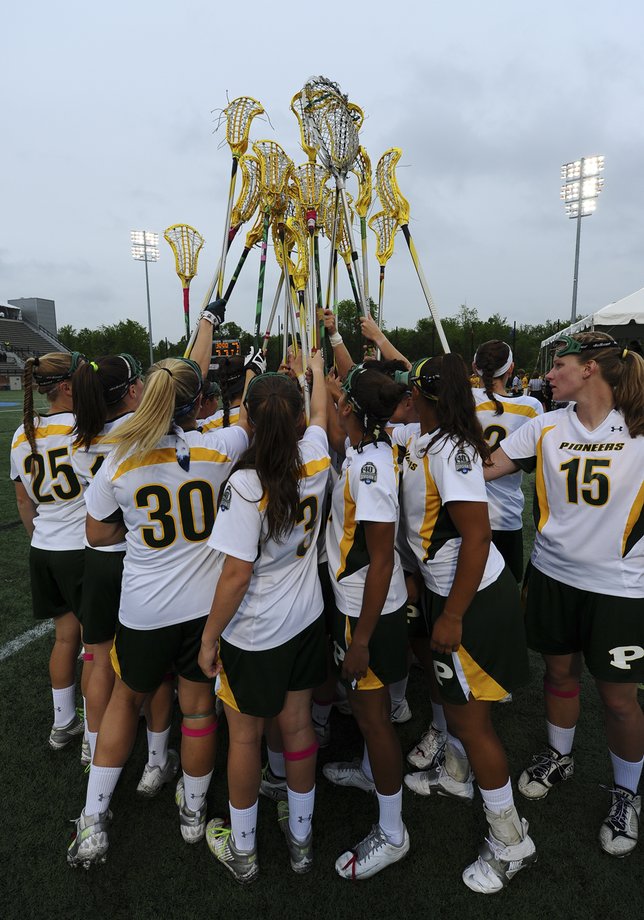 Long Island, NY - May 20th, 2013 - On Sunday, May 19, 2013, the LIU Post Pioneers notched their fourth national championship with a 10-7 win over the Limestone Saints of Gaffney, S.C., in Division II NCAA finals in Mustang Stadium, Owings Mills, Md.

The game pitted #1 ranked Pioneers against the #2 ranked Saints, which went into the contest with the top ranked scoring defense in the division. But led by senior accounting major Ashley Olen (East Islip, N.Y.) and junior psychology major Jackie Sileo (Wantagh, N.Y.), two of the league’s most prolific offensive producers, the Pioneers proved too much for the Saints. Post went into halftime up 4-3, and while Limestone was able to go up 5-4 early in the second half, the Pioneers took over with a 20-minute, 6-0 run and went up 10-5 before the Saints could get back on the board.

Limestone scored twice in the waning minutes, but it was not enough to thwart the Pioneers' perfect 20-0 season and bid for back-to-back national crowns.

With the win the Pioneers tied for the most total national championships in NCAA Division II history.