Heading into a second term, President Obama has announced that immigration reform will be a top priority.

It may be an uphill battle, especially following the recent and upcoming fiscal cliff negotiations, but the White House plans to push ahead with immigration reform, which became sidelined during President Obama’s first term. 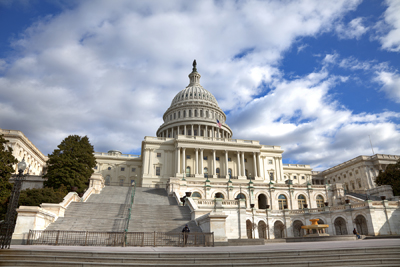 So far, the President has been successful in taking minor steps at immigration reform in removing the threat of deportation for young Americans who were brought into the county illegally by their parents.
The White House has already outlined four policy measures that it expects to strengthen what it calls a “broken immigration system.”
Securing our borders to “prevent those who would do our nation harm from entering our country” is the first measure suggested by White House officials, who note that our borders are more secure than at any other time in our nation’s history.  There is also a need to make businesses that hire undocumented workers accountable for undermining federal laws and American workers by exploiting foreign workers.
Measures to accompany specific enforement measures would be changing the law so that young immigrants who serve in the military or who pursue higher education would be granted legal status.  “Our immigration laws should continue to reunify families and encourage individuals we train in our world-class institutions to stay and develop new technologies and industries in the United States rather than abroad,” the White House’s issues page for immigration reads.  Such laws would also provide farmers with a legal avenue to acquire the necessary labor needed for production.
The last peg of the reform measures would require illegal immigrants to register and undergo criminal and national security background checks.  These immigrants would also be required to pay taxes, as well as a penalty, and would be required to learn English before becoming eligible for citizenship.
“Being a citizen of this country comes not only with rights but also with fundamental responsibilities. We can create a pathway for legal status that is fair and reflects our values,” the White House website states.
The President has also vowed to put forward new gun control restrictions, following the tragic shooting at Sandy Hook Elementary in Newtown, Conn. in mid-December.  The new push for immigration reform, a first term goal for the President, is coming as somewhat of a surprise to political pundits, who have been consumed with the fiscal cliff drama for well over a month.
Immediately following the Newtown shootings, the President established a task force led by Vice President Joe Biden to provide recommendations, saying at the time that the passion surrounding the topic should not fade away in the few weeks the task force conducts its investigation.  The late-January deadline seems much sooner from this side of the new year.
Between the new plans for immigration reform, increased gun control and all debates to come for the second half of the fiscal cliff, spending cuts, the newely instated 113th Congress will have their hands full.
Share your thoughts on this article by posting a comment below or by visiting our Long Island Living discussion forum.