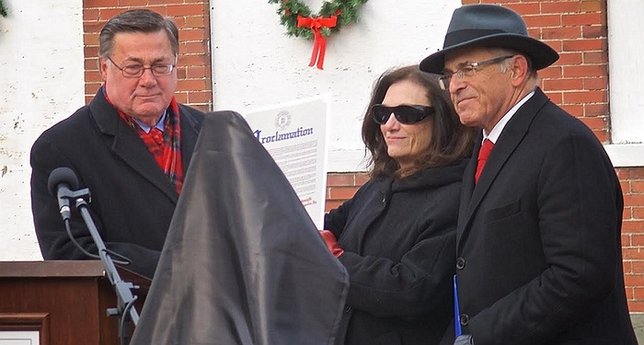 Pictured is Ed Romaine, Brookhaven Town Supervisor, Jane Alcorn, President of the Board, Tesla Science Center at Wardenclyffe and Dr. Sam Aronson, past President of APS and former Director of Brookhaven National Laboratory. 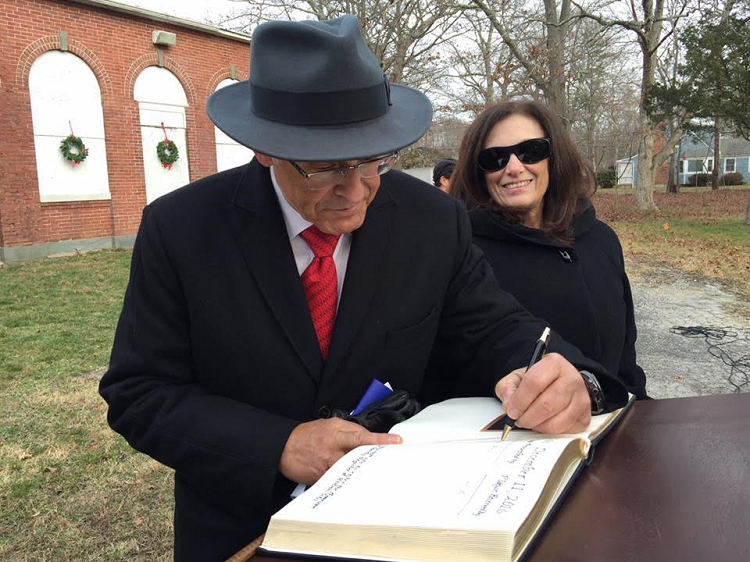 The purpose of the APS historic site designation is to raise public awareness of physics.

Dr. Sam Aronson, past President of APS and former Director of Brookhaven National Laboratory, presented a plaque commemorating this designation to Jane Alcorn, President of the Tesla Science Center.

“Tesla joined Westinghouse,“ said Aronson, ”where he made monumental contributions to the development of AC power. Today Tesla’s alternating current system is lighting the whole planet.” 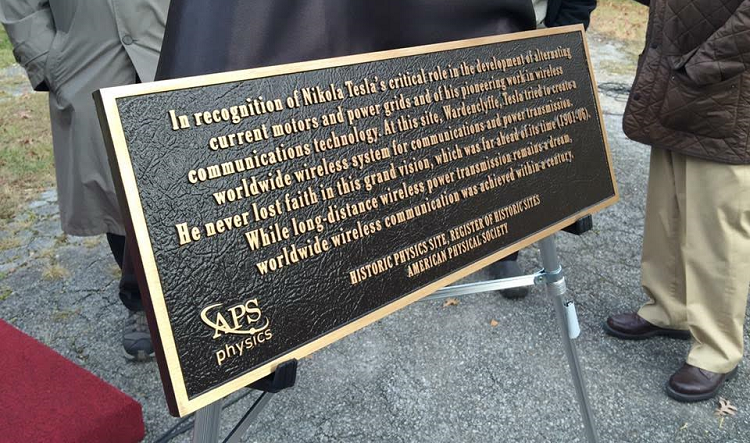 "It is a great honor to have Nikola Tesla and Wardenclyffe included among the 40 people and places on this prestigious list. We are grateful to the APS for finding Wardenclyffe worthy of inclusion as a World Historic Site," said Jane Alcorn.

The official entry into the American Physical Society’s historic registry was done by Paul Halpern, a physicist and Chairman of the APS Historic Sites Committee.

A crowd of local residents, Tesla Science Center supporters and Board Members, and staff members of the American Physical Society were in attendance. Also present were a number of local dignitaries, including: Ed Romaine, Brookhaven Town Supervisor and Ed Weiss, Mayor or the Village of Shoreham, NY. 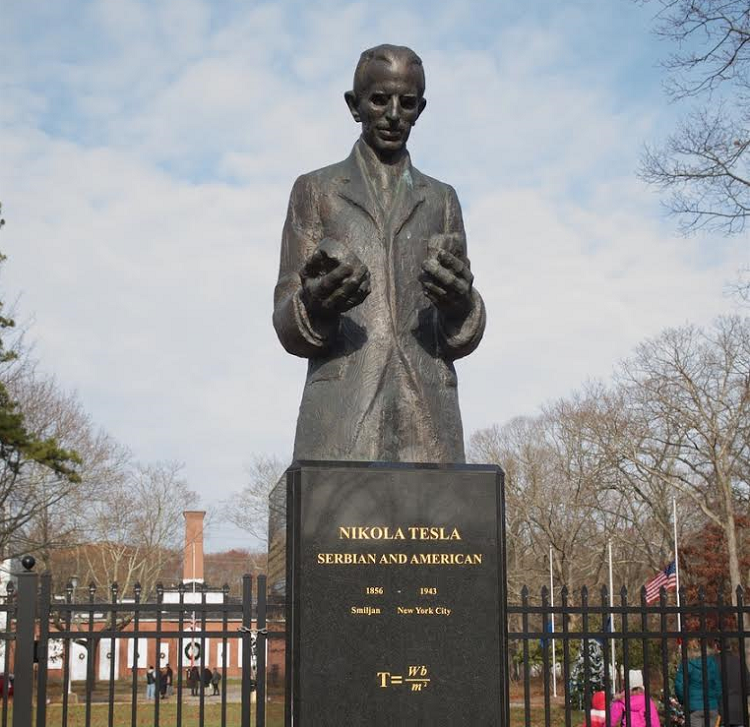 The Tesla Science Center is a not for profit organization located at the site of the former Nikola Tesla laboratory in Shoreham; its mission is to restore the laboratory building, renovate selected other buildings on the 16 acre property, and open the facility to the public as a museum and science center. The organization plans to open the first buildings to the public by early 2018.

The American Physical Society is a national professional organization of physicists with the mission of being the leading voice for physics and an authoritative source of physics information for the advancement of physics and the benefit of humanity. The Society publishes peer reviewed scientific papers in the fields of physics. The society is headquartered in Maryland, and has its editorial office here on Long Island in Ridge, on the opposite side of William Floyd Parkway from the Brookhaven National Laboratory.