In 1986, Former Port Authority employee transferred legal rights to “World Trade Center” to organization that then paid him millions. 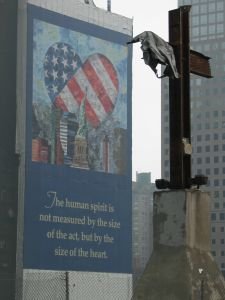 In cooperation with the Port Authority, the Governor today requested the Attorney General to examine whether or not the WTCA properly acquired from the Port Authority and developed the exclusive rights to the World Trade Center brand and whether Tozzoli and/or other individuals improperly received the benefit of such intellectual property without right at the expense of the Port Authority and the taxpayers of the State of New York. If the investigation finds any wrongdoing, the Governor has requested that the Attorney General seek to recover the benefits of the World Trade Center brand by all available means, including Section 63-c of the Executive Law, also known as the Tweed Law.

To view the letter sent by Governor Cuomo to Attorney General Schneiderman, go to: http://www.governor.ny.gov/assets/documents/schneidermanwtcletter.pdf.

“The World Trade Center has become a public symbol of our city, state and nation, and it is troubling that an organization has made millions of dollars off the sale of what in essence belongs to the public,” Governor Cuomo said. “The fact that the rights to the World Trade Center name were obtained from the taxpayers for no meaningful compensation and without the Port Authority’s consideration and approval – yet have yielded such great profits in the years since – raises many questions. Therefore, I have referred this matter to Attorney General Schneiderman so we can get to the bottom of this issue and, if appropriate, seek to recoup the value of the World Trade Center name for New Yorkers.”

Executive Law 63-c, commonly known as the “Tweed Law,” provides that the Attorney General shall commence a proceeding to recoup public money or property that was obtained without right by a public official either on his own or at the direction of the governor. In pertinent part, the law provides: Where any money, funds, credits, or other property, held or owned by the state, or held or owned officially or otherwise for or in behalf of a governmental or other public interest . . . has heretofore been, or is hereafter, without right obtained, received, converted, or disposed of, an action to recover the same, or to recover damages or other compensation . . . may be maintained by the state in any court of the state, or before any court or tribunal of the United States . . . . The attorney-general shall commence an action, suit or other judicial proceeding, as prescribed in this section, whenever he deems it for the interests of the state so to do; or whenever he is so directed, in writing, by the governor.

Attorney General Schneiderman said, “We plan to thoroughly review the facts in this troubling history to determine whether rights to the ‘World Trade Center’ name were improperly acquired and whether individuals unlawfully benefited as a result. We will take any action within our power to right past wrongs.”