The founders of the Long Island African American Chamber of Commerce saw a significant gap and formed the chamber to begin to rebuild the social and economic fabric of the communities it serves on a ... 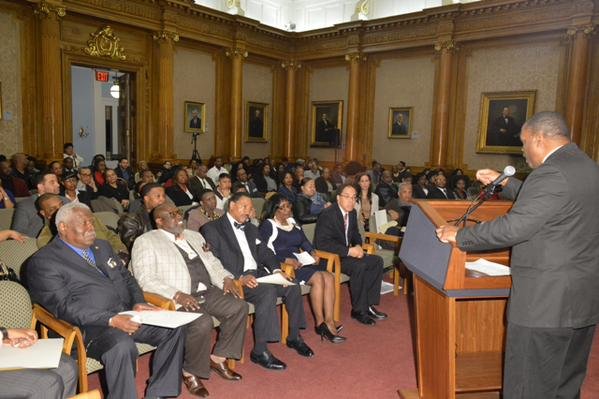 The service areas of the Long Island African American Chamber of Commerce (LIAACC) are Kings County, Queens County, Nassau County and Suffolk County.  Small Business owners outside of these service territories are welcomed to join the chamber.  The chamber’s goal is to become a directory of quality services for the African American Community in the region.  As many of the neighborhoods in the region are experiencing significant change we look forward to serving as a stabilizing force for Black Business growth and development.

A part of the chamber’s mission is supporting existing business establishments, capacity building, technical assistance, advocacy and access to capital.  Many downtowns areas in the African American Community are prime locations to build thriving businesses where we shop in massive numbers on a routine basis which shows our economic clout and potential viability of developing businesses in the communities where we sometimes live and work.  Black Wall Street is not an allusion; it is similar to Booker T. Washington’s stated “Caste down your buckets where you are”.

“As President of the Long Island African American Chamber of Commerce, Inc. I believe we are living in a unique time in space which affords us an opportunity to ponder upon our past and present successes and begin to organize one of the largest African American Chambers of Commerce in the nation.  New York is a significant state in the region, as well as the NYC metropolitan area”.

It is no secret of the massive buying power of African Americans in the region, so it stands to reason with the proper business organization and skills an organization of this magnitude can begin to serve as a model for African American communities across the nation.  LIAACC is a member of the USBlackChamber.org and looks forward to bringing quality products and services to its member network.

LIAACC is a leading advocate for Minority Women Business Enterprise (MWBE) certification and utilization in the four counties of Brooklyn, Nassau, Suffolk and Queens.  Charlene Thompson of Baldwin-based Thompson Economic Development Services stated in Newsday “We want our professional services as well as our trades to be aware of the contracting opportunities”. We want to give business owners the skills and capacity to successfully engage in government contracting on the local stage and national levels, so they can not only sustain themselves and the employees, but hire folks and create jobs.”

Visit the Long Island African American Chamber of Commerce, Inc. For more information regarding membership, corporate sponsorship opportunities, or to be placed on our email list for upcoming event email us today.

Phil Andrews is the current President of the Long Island African American Chamber of Commerce, Inc. and has been serving the NYC/Long Island region in a leadership capacity for over 25 years.