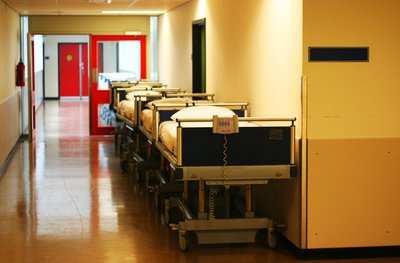 Nine senators from Long Island have come together to push Governor Cuomo to save Sagamore Children’s Psychiatric Center – the only state children’s psychiatric center on Long Island.

In their request, the senators commended Cuomo for his recent decision to maintain in-patient psychiatric care in St. Lawrence, Binghamton, and Elmira, and asked him to do the same for Sagamore, which provides crucial services for the youth of Long Island.

“It is imperative that you similarly recognize the vitally important role Sagamore Children's Psychiatric Center plays in the lives of children and their families on Long Island," said the senators in their letter. "As the only state inpatient beds for children and adolescents on all of Long Island, the safety net that Sagamore provides must be maintained."

Back in July, the OMH called for the closure of Sagamore’s inpatient hospital, stating that “All inpatient services currently provided by Sagamore Children’s Psychiatric Center will be merged into the Greater New York Children’s RCE to be located in Queens and the Bronx.”  Though the center has been named a Regional Center of Excellence, over the years it has been forced to downsize from 150 beds to 54 beds, and it is currently slated to close in July.

Sagamore offers care to young people who are turned away from community hospitals because they lack insurance coverage, and also cares for children who require more treatment than a short-term hospital stay can provide.

Officials at the Sagamore facility encourage children to feel connected with their families, and so they allow families to visit on weekends and after school on weekdays, as well as take part in therapy sessions.  Children who are in stable condition can earn day and full-weekend passes to visit their family and friends.  Families also participate in monthly “Family Nights,” where they can enjoy social activities with their children and other patients, and they are also invited to holiday parties at the facility.  If Sagamore is closed, the children will be moved to psychiatric facilities in Queens, the Bronx, or farther, which could greatly limit children’s interaction with their families, which would be detrimental to their treatment progress.

“Traveling hours across Long Island into Queens of the Bronx to access care and visit their children who are in crisis would put enormous stress and obstacles in the path of already struggling families,” the senators wrote.

The movement to keep Sagamore’s doors open has taken root across the island with a Change.org petition to stop the shutdown of Sagamore that has garnered over 7,500 signatures. “Save Sagamore” t-shirts and bumpers tickers have also been popping up across Nassau and Suffolk.

To keep the facility open, Cuomo’s decision will have to be reversed by April 1, the beginning of the 2014-2015 fiscal year.