Schumer, Cuomo Call on Feds to Close Terror Gap by Creating Protocol to Block Gun Sales to Those on Watch List; If Not, Feds Must Allow States to Act 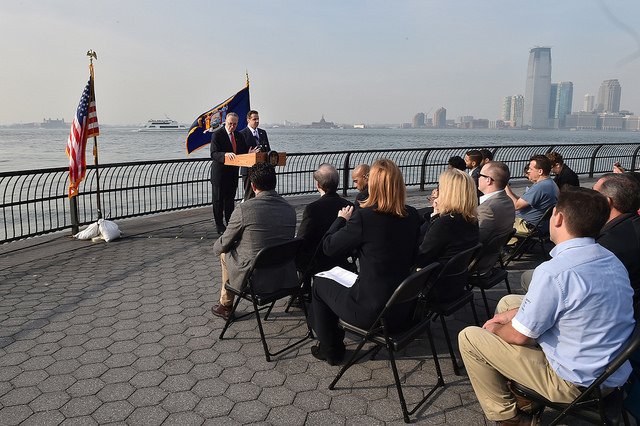 Schumer and Cuomo are asking the federal government to officially add the U.S. Terror Watch List to the criteria it uses for federal background checks in New York State. This would prevent known or suspected terrorists from legally purchasing guns and would cross-check the terror watch list with a National Instant Criminal Background Check System (NICS) request, effectively closing the Terror Gap within the state and barring individuals on federal terror watch lists from legally arming themselves.

Schumer and Cuomo say there is urgency to stop terror suspects from gaining legal access to weapons of war, something Congress has failed to prevent on the national level.

Senator Schumer said: “We need to move to close the Terror Gap once and for all. We will continue to push again and again at the national level to put into practice this common sense provision that would do so much to protect the American public, but until we do, today’s push with Governor Cuomo will add momentum to this larger effort. Railing to close the Terror Gap in New York State will send a message to other states – and Congress – to act. The federal government has always been there for New York when it comes to giving us the tools we need to fight terrorism and I remain hopeful that they’ll work with us on preventing terror suspects from passing gun background checks. The feds should move ASAP on this request and I will fight tooth and nail to see that they meet the mark.”

Governor Cuomo said: “The fact that known or suspected terrorists continue to legally buy guns is mindboggling and we cannot allow gridlock, dysfunction and the NRA's stranglehold on Washington ‎to continue to place the safety of New Yorkers at risk. If Congress refuses to act, the federal government needs to step up and either take proactive action to right this wrong once and for all, or allow states to do so. I thank Senator Schumer for his strong and consistent leadership on this critically important issue, and am proud to fight with him to close the Terror Gap.”

In the aftermath of the terrorist attacks that struck Paris in November, Senator Schumer has led a renewed push in Congress for passage of the “Denying Firearms and Explosives to Dangerous Terrorists Act of 2015,” which would give the Department of Justice authority to prevent a known or suspected terrorist from buying firearms or explosives nationwide. Governor Cuomo has also been vocal in calling on members of Congress to stand with Senator Schumer and pass this common-sense legislation.