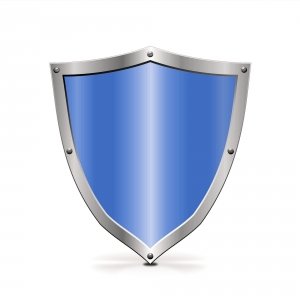 Washington, DC - September 12, 2013 - Today, U.S. Senator Charles E. Schumer’s media shield legislation passed the Senate Judiciary Committee by a vote of 13-5. The successful vote, which now sends the bill to the Senate floor, came after Schumer helped craft an amendment that determines which individuals would be covered under the legislation. Previously, Schumer amended the legislation to codify Department of Justice guidelines released earlier this year that would offer additional protections to journalists.

“We’re closer than we’ve ever been before to passing a strong and tough media shield bill,” said Schumer. “Thanks to important bipartisan compromises, we’ve put together a strong bill that balances the need for national security with that of a free press. This legislation ensures that the tough investigative journalism that holds government accountable will be able to thrive. I’m hopeful that both parties can come together and pass it quickly on the Senate floor.”

The Free Flow of Information Act sets up a legal process for approving the subpoenas that would guarantee consideration of the public’s interest in protecting the freedom of the press. Prosecutors would have to convince a judge that the information at issue would “prevent or mitigate an act of terrorism or harm to national security.”

The amendment the Committee passed today, also by a 13-5 vote, to determine which journalists would be covered under the law includes someone who has had an employment relationship for one year within the last 20 years, or three months within the last five years; someone with a substantial track record of freelancing in the last five years; or a student journalist. It would also include a person whom a federal judge has decided should be able to avail him or herself of the protections of the privilege, consistent with the interests of justice and the protection of lawful and legitimate newsgathering activities.

A summary of the bill appears below.

Summary of Free Flow of Information Act of 2013

·         Protects journalists and their employers from having to reveal information, including source identity, that a reporter obtains under a promise of confidentiality and in the course of carrying out newsgathering functions.

·         Establishes a legal framework for determining the limited circumstances under which such protected information can be subject to compelled disclosure in court.

·         Provides no ABSOLUTE privilege for journalists. In every case, a party (usually the Government) will have to argue to a court its need for the information at issue.

·         Delineates exceptions when the journalist has no privilegeagainst the disclosure of information:

1.       In classified leak cases: when information would prevent or mitigate an act of terrorism or harm to national security.

2.       In regular confidential information cases (where a classified leak isn’t at issue): when information would prevent or mitigate, oridentify a perpetrator of, an act of terrorism or harm to national security; and

·         when the information would prevent or mitigate death, kidnapping, and bodily harm (Section 4); or

·         when information was obtained by the journalist through observation or perpetration of a criminal act (Section 3), OTHER than an act of leaking.