Work on three of agency’s bistate bridges will create upwards of 5,000 construction jobs, more than $600 million in wages, and more than $2.5 billion in regional economic activity. 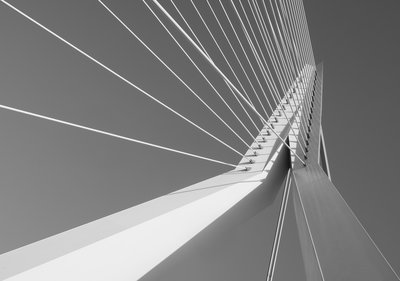 The program includes three of the bistate agency’s bridges that link New York and New Jersey, with two of the three being substantial, large-scale projects that include building a new bridge to replace the current span and raising the roadway of an existing bridge. The bridges are the Goethals Bridge, the Bayonne Bridge and the Outerbridge Crossing, which all connect Staten Island to northern New Jersey.

Together, the projects will create upwards of 5,000 construction jobs; generate more than $600 million in wages; and more than $2.5 billion in economic activity for the region.

These critical transportation infrastructure investments are part of the Port Authority’s efforts to focus on its primary mission, a key directive from both governors. It is the first time in more than 80 years that the agency will build a new bridge and the first time ever that engineers will build a bridge’s roadbed above the existing roadway, while traffic continues to flow on the deck below.

Replacement of the Goethals Bridge will be done through an innovative public-private partnership that will be the first true surface transportation project PPP in the Northeast Region. Construction on all three projects will begin this year.

“By investing in critical infrastructure projects, the Port Authority is renewing its commitment to refocus on its core mission,” said Governor Andrew Cuomo. “Employing a public-private partnership to build a new Goethals Bridge and utilizing unique engineering strategies to raise the roadway of the Bayonne Bridge demonstrate our ability to build major transportation infrastructure in a smart and cost effective manner. This action will create thousands of jobs and serve as a major economic boost for New York and New Jersey.”

“These projects are tremendously important to New Jersey and the region,” said Governor Chris Christie. “They will put thousands of hardworking men and women to work, secure the Port of New York and New Jersey’s role as the premier port and economic engine of the East Coast, and provide New Jersey residents with modern bridge spans that will improve safety and benefit commuters for years to come.”

Building a New Goethals Bridge to Replace the Current Span The Board is expected to award a 40-year design-build-finance-maintain contract as part of a $1.5 billion public-private partnership to build a new Goethals Bridge to replace the existing structure. The new bridge will include wider travel lanes that will ease congestion and accommodate anticipated future traffic volumes as well as restore pedestrian access with a pedestrian/bicycle pathway. The bridge will be constructed to allow for mass transit options in the future. Once the new bridge is completed, crews will remove the current span.

The public-private partnership will provide the agency with cost predictability over the life of the agreement. The unique structure provides the Port Authority with access to private sector expertise and capital, while minimizing the use of public funds. The financial incentives included in the deal—including that the Port Authority makes no payments until significant construction milestones are achieved—are expected to speed the delivery of the completed bridge by at least six months.

The project will create more than 2,250 construction jobs, more than $200 million in wages and $850 million in economic activity for the region. Work will begin this year, with the bridge first opening to traffic in 2016 and substantial completion expected in 2017.

Raising the Roadway of the Bayonne Bridge The Board also is expected to award a contract as part of a $1.29 billion program to raise the roadway of the Bayonne Bridge. The project will increase the bridge’s navigational clearance to allow larger, more efficient and environmentally friendly post-Panamax container ships to pass beneath. The new roadway will feature widened lanes, shoulders and a 12-foot bike/pedestrian walkway and provide the ability to include mass transit options in the future.

Work will commence immediately after the completion of the Coast Guard’s environmental review process and the receipt of required permits, with crews beginning to build a new elevated roadway 64 feet above the existing deck. Once completed, the Bayonne Bridge roadway will be 215 feet above the Kill Van Kull waterway, allowing larger cargo ships to pass beneath. The Port Authority is expediting the work to coincide with the widening of the Panama Canal, which is expected to be done in 2015. The project will ensure the port maintains its position as the largest port on the East Coast and third largest in the country.

The Port Authority was among the first in the nation to apply for President Obama’s 2012 We Can’t Wait Initiative—approved in July of 2012—which fast tracks key infrastructure projects across the country. The project will result in 2,500 construction jobs, $380 million in wages and $1.6 billion in regional economic activity and benefit the ports in both New York and New Jersey. Crews will complete the removal of the current roadway in the fall of 2015 and the remainder of the project will wrap up in 2017.

Replacement of the pavement will avoid the potential for costly emergency repairs, which could lead to unplanned closures and negative impacts on the travelling public. It also provides the travelers with a smoother and safer ride. The work will take place later this year and will be completed in 2013. The project will result in 40 jobs and $39 million in regional economic activity.