$1.6 Billion in Invested in On Time and On Budget Infrastructure Projects in Last Two Years. 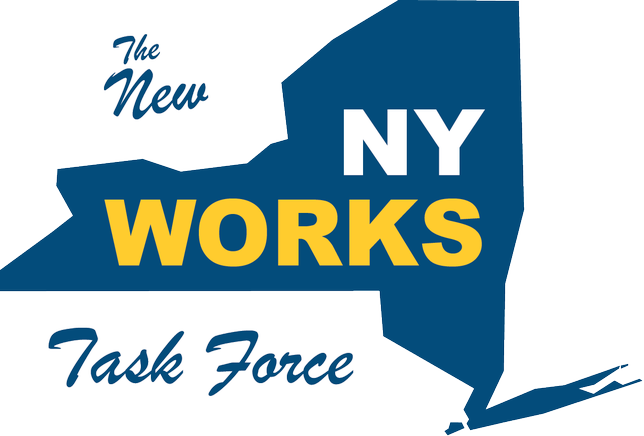 Albany, NY - December 16, 2013 - Governor Andrew M. Cuomo today received an end of the year progress report on the NY Works Initiative showing investments of $1.6 billion in vital infrastructure projects statewide, including $1.2 billion to repair and rebuild roads and bridges, $265 million to improve parks, and $142 million to protect coasts from floods. NY Works projects have also supported tens of thousands of direct jobs around the state. Director of State Operations Howard Glaser presented the results of the report at the Governor’s cabinet meeting today.

“NY Works is working for our State by creating jobs and rebuilding New York’s roads, bridges, parks and other vital infrastructure” Governor Cuomo said. “With the investment of $1.6 billion in projects ranging from bridges replacements to park rehabilitations and flood protection measures, NY Works is transforming state government’s approach to capital investments in a way that creates tens of thousands of jobs and more effectively upgrades our critical infrastructure. The Task Force has made great progress thus far, and through this approach my administration will continue to revamp New York’s infrastructure for years to come.”

NY Works is also focused specifically on addressing bridge deck and structural replacement or rehabilitation needs on more than 100 bridges throughout New York State. Since January 2013, 57 bridge projects were completed through NY Works, compared to 45 projects in 2012.

Improvements through the NY Works initiative also include construction and upgrade projects to the New York State Thruway. More than 250 lane miles were resurfaced or rehabilitated on the Thruway in 2013, and aside from the New NY Bridge, a total of $340 million in projects were let on the system this year.

Parks
The NY Works initiative is also charged with supporting a statewide revitalization of the parks system with a $265 million dollar investment. To date a total of 155 projects are completed or underway resulting in the expenditure of $175 million thus far. In addition to a variety of improvements at parks and historic sites, this component of NY Works is creating 2,500 jobs in communities throughout the state. In 2013, signature projects that were advanced or completed include rehabilitations and improvements at Niagara Falls State Park, Riverbank State Park, and Jones Beach State Park.

Coastal Protection, Dams & Flood Control
NY Works has also played a vital role in the state’s efforts to recover from the damage of Superstorm Sandy and prepare for future major weather events. A wide variety of projects are underway to improve the resiliency of storm-impacted or at risk communities around the state, including 18 dam projects, 64 flood control projects, and 24 recreational site projects. Over the course of 2012 and 2013, NY Works has provided $142 million for coastal protection and related projects.

The NY Works Task was created by Governor Cuomo and legislative leaders in 2012 to revamp the state’s approach to infrastructure investments in a way that grows the economy, creates jobs, and improves the overall quality of life in New York. This includes the development of the New York’s first-ever 10-year Statewide Capital Plan, which coordinates $174 billion in existing capital investment dollars across 47 State agencies and authorities. In addition, the Task Force has been particularly focused on expediting high priority infrastructure projects across the state while also ensuring that projects are completed on time and on budget.

The Task Force, led by Co-Chairs Felix G. Rohatyn and Denis M. Hughes, continues to engage in vigorous, far-ranging deliberations on the best methods for identifying, delivering, and paying for the infrastructure New York State needs. These deliberations draw on the knowledge and experience of, among others, the Task Force’s members, the Regional Economic Development Councils, and public and private sector infrastructure experts from across the nation and around the world. Task Force members and staff have also crisscrossed the state, seeking input from community stakeholders on capital project delivery, planning, and finance.