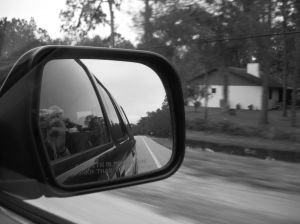 Update - December 4th, 2013: The Homicide Squad has identified the above victim as Jeremias Chavarria, 39, of Hempstead.

Hempstead, NY - December 2, 2013 - The Homicide Squad is investigating a Serious Auto Accident involving a pedestrian that occurred in Hempstead on Sunday, December 1, 2013 at 1:17 am.

According to detectives, a 39 year old male was crossing Fulton Avenue near Bennett Avenue when he was struck by a 2000 black BMW  NY registration number GEU3305 that was traveling west in the eastbound lane. The vehicle fled the scene of the accident west on Peninsula Boulevard. The victim was transported by the Long Island Jewish Ambulance to the Nassau University Medical Center where he was pronounced at 1:40 am by hospital personnel.

Detectives ask that anyone with information regarding the above crime to contact the Nassau County Crime Stoppers at 1-800-244-TIPS. All callers will remain anonymous.