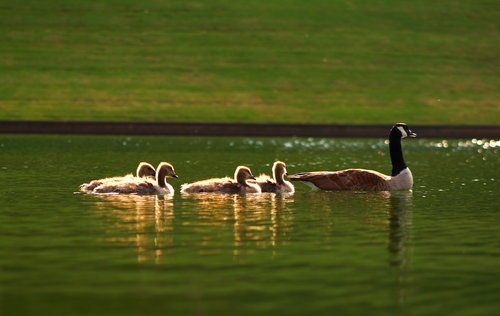 North Hempstead, New York — May 21st, 2013 —Friends of Animals, (FoA) an international animal advocacy organization founded in 1957 will join with North Hempstead residents and local groups to rally in front of North Hempstead Town Hall during business hours on Thursday, May 23rd, from 2pm-4pm to save hundreds of geese from a brutal gas chamber death.

“We’re showing up at Town Hall to send a clear message to Supervisor Kaiman and town officials that the impending slaughter of hundreds of Canada geese at area parks will not be tolerated—we’re demanding a cancellation of the kill plan and implementation of the humane and effective steps that we advocate so that North Hempstead can learn to better co-exist with wildlife,” said Edita Birnkrant, NY Director of Friends of Animals.

Friends of Animals and dozens of North Hempstead residents packed a Town Board Council Meeting last Tuesday to oppose the monstrous goose killing plan. Supervisor Jon Kaiman and Council Members listed for 90 minutes as passionate residents voiced outrage over hiring the USDA to roundup and exterminate geese and their newly born goslings in area parks, starting in June, by stuffing them into crates and sending them to agonizing gassing deaths—costing the town nearly $10,000 in tax dollars. Friends of Animals and others have attempted to set up a follow-up meeting with officials, but no response has followed from any officials. Time is running out to save the geese

“I presented humane, effective, proven alternatives, such as modifying park habitat and landscapes to deter geese from nesting and gathering in high-use areas of parks, as detailed in FoA’s Canada Goose Habitat Modification Manual, which I distributed to each official at the meeting, explained Birnkrant.”  “We also advised officials to make it a policy to clean up waste matter instead of absurdly saying all geese within town limits must die. Posting signs and enforcing no-feeding and littering rules are also sensible steps.”

Birnkrant states, “North Hempstead Parks and Recreation officials complain that goose droppings are a nuisance—yet there is no mention of the town using equipment which quickly and effectively remove goose droppings from grassy areas and parks, and can even recycle excrement as fertilizer.  How can this be ignored?”

Town of North Hempstead residents Lauren Scott and her 11-year old son Avery Scott, were horrified when they learned that the town is hiring the USDA to round-up and slaughter hundreds of geese and goslings frequenting their local parks--simply because "there is too much goose poop."  An avid birdwatcher and supporter of wildlife, Avery was incensed by the Town's inhumane plan.  "I called and wrote letters to Jon Kaiman," Avery said.  "I signed all the electronic petitions and spread them around.  I also gathered signatures door-to-door and at parks and public events. "

"I'm wondering where we draw the line," Lauren Scott questioned.  "We created the ideal environment for geese to feed and nest in, and now we're dealing with that by killing them?   How do we explain to our children that those fuzzy little goslings they read about in their storybooks are going to be killed simply because they are 'pooping' on the grass?  We need to be teaching our children respect and humanity towards wildlife, not "kill and conquer.”  There are other options, and the Town needs to utilize them."

"It’s horrifying,” exclaimed Avery, age 11. “Rounding up six hundred geese and their tiny, helpless goslings and sending them off to the gas chambers? That’s wrong.”

The town claims they’ve tried everything to “scare off” the geese, and that nothing worked.” Predictibly, harassing geese from areas won’t work if flat, grassy areas remain unchanged. Geese will move in when others leave, occupying those areas for nesting, especially in the summer.

Habitat and landscape modifications are environmentally sound, long-term ways to deter geese from areas where they are seen as problematic -- clearly what’s needed in North Hempstead. Co-existence with geese and other wildlife is required as sensible, suburban living. Are Supervisor Jon Kaimin and Town Council Members prepared to spend the residents' taxes each year to kill geese instead of implementing the effective strategies Friends of Animals endorses?

Geese are attracted to areas with short, mowed grass and open sight lines as safe nesting areas. Growing grass longer in areas, planting native shrubs and trees to block sight lines (geese like to watch for predators), will deter geese from ponds, shores and parkland -- reducing the time they spend in any one spot -- especially for the 6 week period in summer when they're molting.

The towns of Mamaroneck and Scarsdale, in Westchester, NY recently cancelled plans to kill Canada geese in parks after feedback and meetings from Friends of Animals and other agitated residents opposed to the killing.  North Hempstead can and should do the same.

Johanna Clearfield, NYS licensed wildlife rehabilitator and volunteer at NYC’s Wild Bird Fund said, “"Volunteers at the Wild Bird Fund. spend months and sometimes thousands of dollars just in the effort to rescue and rehabilitate one goose. The town of Manhasset is treating its outdoor space as if it were the interior of a private home.  The outdoors is rife with soil, insects, many birds of all varieties and their droppings. Scientists and biologists have already confirmed that goose droppings pose no public health threat—and clean grass can be easily maintained through proper park maintenance and cleaning  The joy and the wonder that residents and their young children experience by having such close proximity to these wonderful birds far outweighs the small amount of money that needs to be spent to keep areas clean through simple and effective measures.”

John Di. Leonardo, President of Long Island Orchestrating for Nature (LION) says, "Since the initial news broke about the plan to slaughter North Hempstead’s geese, LION has been inundated with phone calls, emails, and other correspondence from concerned North Hempstead residents.  Since that day, the calls have not slowed but only increased.  I know that to be true of calls to the Town as well.  Slaughter of these wonderful animals many residents have grown to love and appreciate is wholly unacceptable.  There are humane solutions readily available, and many advocates willing to help put these solutions in place.   We are joining the protest Thursday at Town Hall to tell the town residents the truth about this situation and to tell the Town Board that slaughter is not the answer."

Friends of Animals, an international animal protection organization founded in 1957, advocates for the rights of animals to live free, on their own terms.