Two black boxes have been retrieved from the crash site of the Metro-North train that derailed Sunday morning. 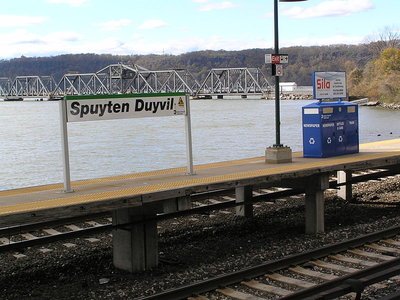 The National Transportation Safety Board announced Monday that two black-box data recorders have been obtained from the site of the Metro-North derailment that occurred near the Harlem River right before the Spuyten Duyvil station.
Officials believe that the data recorders could hold the answers for how fast the train was going, how the brakes were applied, and how the throttle was set at the time of derailment, which killed four people and injured over 60 others.
"It was actually much worse than it looked," said Cuomo on NBC's Today Show.
The riverside bend was the site of a previous freight train derailment on the same line in July, but though Cuomo said it is a"tricky turn on the system," he added that "it is a turn that’s been here for decades."  Cuomo has maintained his belief that speed was a factor in the crash.

The early morning train accident could have been much worse, as it was only half full with about 120 passengers, according to an MTA press release.

"The National Transportation Safety Board sent a team of investigators who arrived on Sunday and immediately began documenting the scene," said MTA officials. "Metro-North is cooperating fully with that investigation. With NTSB approval, Metro-North workers will begin clearing the cars, using cranes and heavy equipment."

The Metropolitan Transportation Authority identified the four passengers who were killed as Jim Lovell, 58, of Cold Spring, N.Y.; James Ferrari, 59, of Montrose, N.Y.; Donna Smith, 54, of Newburgh, N.Y.; and Ahn Kisook, 35, of Queens.