Officials recovered the body after a bride-to-be and her fiance’s best man went missing on the water. 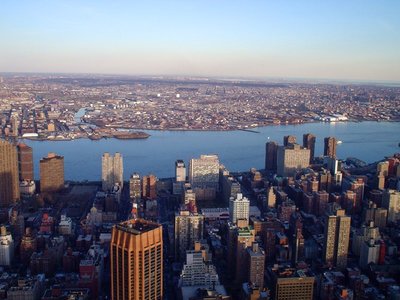 A female body was pulled from the Hudson River just before 1 p.m. on Saturday. The body is that of Lindsey Stewart, the 30-year-old bride-to-be who went missing after a boat crash on Friday night.

Stewart was boating on the Hudson with her groom-to-be, 35-year-old Brian Bond, his best man and two others when they crashed into a construction barge near the Tappan Zee Bridge.

The group of five took the 21-foot Stingray from Piermont for a ride over to Tarrytown, which is about a half-hour drive north of New York City. The four other passengers were hospitalized after the crash.

The operator of the boat, 35-year-old Jojo John, was allegedly intoxicated at the time of the crash. He is now facing charges including vehicular manslaughter.

Earlier on Saturday, Stewart’s mother, Carol, said that she was praying for a miracle.

Stewart and Bond were to be married on August 10 at Good Shepherd Lutheran Church in Pearl River. The couple met when they were 10 and when to church together.

"They have been friends the whole time, and they fell in love about 3 ½ years ago," Stewart’s step-father, Walter Kosik said in a report from News 12.

The barge that the boat crashed into was loaded with material needed for an upcoming construction project on the Tappan Zee Bridge. There were several other barges in the area as well, and although they were all equipped with lights, officials said it was still too difficult to find Stewart in the dark.

Pile driving that was scheduled for Saturday is being suspended, as the New York State Thruway Authority reviews safety procedures.