5 Hampton Downtowns to Explore This Winter

The Hamptons on Long Island is much more than just a summer destination.

New York City’s Beachfront Backyard – Long Island – is renowned for its vibrant must-visit summer spots.
While the Hamptons is always at the top of this list, a visit to these chic shores in the off-season can sometimes be even more picturesque. From top leaf-peeping in the fall to a snowy escape in the winter, the Hamptons on Long Island is much more than just a summer destination. 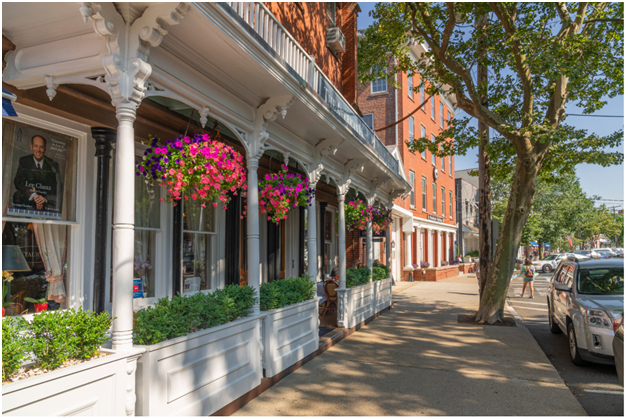 Here are 5 downtowns worth exploring year-round.
Westhampton Beach
Currently undergoing a downtown revitalization, the village of Westhampton Beach is a vibrant and historic downtown with charming shops, nightlife and proximity to world-class beaches. The Westhampton Beach Performing Arts Center is a must-stop attraction and local arts community gem with music, dance and film productions that draw people from across Long Island year-round. In addition, the Village Green hosts live concerts, crafts fairs, outdoor movie nights and more.  This blissful beach community is the perfect spot to unwind year-round.
Southampton
Southampton is known for its fabulous art galleries, cultural exhibits, beautiful beaches, and, of course, the iconic and historic Big Duck. The town is home to the Parrish Art Museum, which has been showcasing the artistic legacy of Long Island’s East End since the 1890s and is one of America’s most vital creative centers. The museum offers a range of different exhibitions, public programs and studio classes throughout the year. The Southampton Cultural Center is also a unique stop for a variety of programming including classes, art exhibitions and live performances for children and adults at affordable prices. In addition to the arts, Southampton has some amazing beaches, including Cooper’s Beach, which has been rated among the Top Ten Beaches in America by Dr. Beach and has the picturesque backdrop of the luxe mansions that line the shores of the Hamptons.
East Hampton
About 20 hamlets and villages comprise the Hamptons on the East End of the island, but East Hampton is a celebrity in its own right. This town is the original cool kid with its celebrity sightings, upscale shopping and destination dining, not to mention pristine white beaches. Look beyond luxe summer homes and sparkling beaches to explore the 16-acre sculpture garden at LongHouse Reserve or modern art at the Pollock-Krasner House. Dive into local history at the Home Sweet Home museum dating back to the early 1700s.
Sag Harbor
Originally a whaling port, Sag Harbor is filled with historic attributes that separates itself from the rest of the region. Considered one of the most walkable parts of the Hamptons, this quaint downtown is filled with independently owned businesses rather than the outposts of major retailers. Some of the most talked about stops are Point Surf that sells seasonal sport gear all year long, and Berry and Co., a local bookstore and coffee shop. Make sure to get your cultural fix by visiting places like the Whaling Museum or the Bay Street Theater, followed by a stop at Cavaniola’s Gourmet Cheese Shop for high-quality, unique cheeses and gourmet goods.
Montauk
Over the last decade Montauk has transformed into a year-round “it” destination. The town’s nostalgic surf-and-fishing driven character set this downtown apart from the traditional Hampton Hamlets. New luxury hotel offerings such as the Marram Montauk, Gurney’s Montauk & Seawater Spa, and Gurney’s Star Island Resort are making waves in the community giving travelers and locals new hot spots to visit while still capturing that chill Montauk vibe. 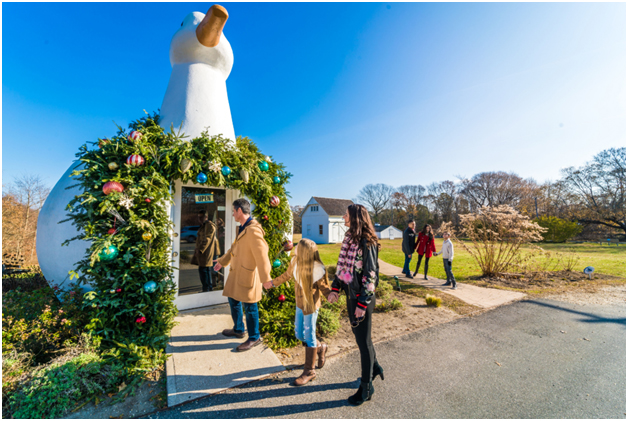