This year’s theme from NFPA is “Working Smoke Alarms Save Lives: Test Yours Every Month!” 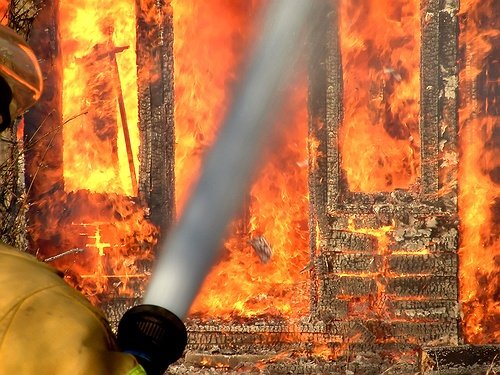 New York - September 24, 2014 - The National Fire Protection Association (NFPA), the official sponsor of Fire Prevention Week (FPW) for more than 90 years, is gearing up to officially kick off this year’s campaign, October 5-11, 2014. The theme is “Working Smoke Alarms Save Lives: Test Yours Every Month!”

“Smoke alarms can help make the difference between life and death in a fire, but they need to be working,” said Lorraine Carli, NFPA’s vice president of Outreach and Advocacy. “This year’s Fire Prevention Week campaign reinforces the importance of testing smoke alarms each month, and works to ensure that people have the needed protection in the event of a home fire.”

“The common presence of smoke alarms in the home tends to create a false sense of security,” said Carli. “Simply having smoke alarms isn’t enough. They need to be tested and maintained properly.”

In addition to monthly testing, smoke alarms should be installed and maintained as follows:

NFPA’s Fire Prevention Week website offers a wealth of smoke alarm information and resources for parents and teachers, and for fire departments working to implement the campaign in their communities. In addition, NFPA’s Sparky the Fire Dog® website (www.sparky.org/fpw) features award-winning apps and games for kids that reinforce the campaign’s fire safety messages.

NFPA and all its 2014 FPW partners – LEGOLAND® Parks, Domino’s® Pizza, CVS Pharmacy and The Home Depot – are working together to promote the importance of monthly testing and related smoke alarm information through a wide range of engaging, family-focused events and initiatives during and leading up to the campaign.

For more information about Fire Prevention Week and upcoming events visit the website.

NFPA has been the official sponsor of Fire Prevention Week since 1922. According to the National Archives and Records Administration's Library Information Center, Fire Prevention Week is the longest running public health and safety observance on record. The President of the United States has signed a proclamation proclaiming a national observance during that week every year since 1925. Visit the website for more safety information.