The Giants and Rangers both had a terrible start to the season, but have begun to recover in recent weeks. 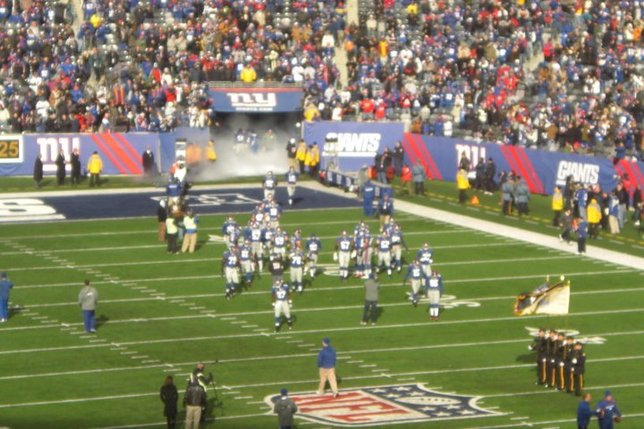 Giants Stave off Raiders Despite Turnovers
The Giants came out on top of another sloppy game when they hosted the Raiders yesterday afternoon. On the very first play of the day Jerrel Jernigan fumbled the ball following a 19 yard return, allowing Taiwan Jones to recover and run back to the Giants’ 5 yard line, setting Oakland up for an almost effortless scoring drive. Two snaps later, Terrelle Pryor ran up the middle and into the end zone to send the Raiders ahead 7-0.

A quick three-and-out from the Giants’ offense gave the ball right back to the Raiders, but Big Blue’s defense made a pivotal stop at midfield, forcing Oakland to kick it away. Damontre Moore blocked the punt, allowing Cooper Taylor to recover and run it back 21 yards for a game-tying touchdown.

After New York’s special teams were largely responsible for both of the afternoon’s first two scoring plays, the G-Men’s offense reminded everyone of its own problems with ball security on their next possession.  Eli Manning lost control of the ball as he was sacked on second down and, though he managed to stay on top of it, Peyton Hillis gave it right back to the Raiders at the 21 yard line when he fumbled on third down. New York’s defense prevented Oakland from getting a first down or a TD, but the ideal field position allowed Janikowski to put the Raiders up 10-7 with a field goal from 33 yards out.

Big Blue was able to pull ahead in the second quarter on a drive in which Andre Brown rushed for 28 yards and Eli connected with Rueben Randle for 20. The possession ended with a 5 yard pass to Randle in the end zone, sending the Giants ahead 14-10. Before the quarter was over, however, Manning threw a pick intended for Victor Cruz to Tracy Porter, who in turn ran it back 43 yards to put the Raiders back up 17-14.

Oakland extended its lead with a 24-yard field goal on the opening drive of the second half, but after the Giants went three-and-out once more Terrell Thomas intercepted a Pryor pass and ran it back 65 yards to the Raiders’ 5. Brown moved the ball four yards forward, then jammed it into the end zone to put New York ahead 21-20.

Big Blue got the ball back to start the fourth quarter, and moved from their own 10 yard line back to Oakland’s 5 with a 25 yard pass from Manning to Hakeem Nicks and a series of strong rushes from Brown. The possession ended in a field goal, giving them a 24-20 advantage.

The raiders could not respond on their following drive, and when they got the ball back again Pryor fumbled it as he took a sack from Mathias Kiwanuka. Jenkins recovered, and the Giants held on for what little remained of the quarter to win their third straight game.

Eli Manning went just 12 for 22 with 140 yards, 1 touchdown, and an interception. Andre Brown led the team in rushing with 115 yards on 30 carries. Randle was the most productive receiver with 50 yards and a TD on 3 receptions, followed by Nicks with 49 yards on 4 catches.

The Giants will have to defeat the Packers at 4:25 PM next Sunday to keep pace in the division, and that game should be perfectly winnable as Green Bay sends out its third string quarterback, Scott Tolzien. Tolzien was on the team’s practice squad until last week.

Islanders Continue to Lose
The Islanders were hoping to come out of a two game slump by taking out a Blue Jackets team which had lost its own last five. That task did not look particularly easy as Brandon Dubinsky put Columbus on top with an early power play goal, but Fran Nielson gave New York a fighting chance with a wrist shot in the final 35 seconds of the first period.

Columbus pulled ahead again briefly midway through the second, however, Thomas Hickey tied the game 2-2 four minutes later with an assist from John Tavares. Unfortunately the tie did not hold very long through the final period; the Blue Jackets scored on another power play just 27 seconds in, then cemented their lead on a Cam Atkinson wrist shot to go up 4-2. An empty netter in the final 70 seconds sealed a 5-2 defeat for the Islanders. Nabokov stopped 24 of 28 shots in the loss.

Last night’s match in Montreal was defined by the power play. Brendan Gallagher put the Canadiens on the board first on a wrist shot less than two minutes through the second, and  Pierre-Marc Bouchard tied it on a power play 7:23 into the period. Montreal scored two more on the power play in the last four minutes before the break, giving them a 3-1 lead.

Brock Nelson cut the deficit down to 1 with a tip-in on yet another power play early in the third period, but the Candiens had their own tip-in six minutes afterward, giving them a 4-2 advantage which held through the rest of the night. Kevin Poulin stopped 27 of 31 shots as the Islanders lost their fourth straight game.

The Islanders will try to snap their extended cold streak tomorrow when they play the Predators at 7:00 PM.

Rangers Now Third in Metropolitan Division
The Rangers had a rough start to the season, spending nearly all of October on the road and losing most of their games that month, but the team has now built its second three-game win streak with only a single loss to the Ducks separating the two stretches.

Following Thursday’s win in Columbus, the team returned home to host the Panthers last night. New York went ahead midway through the opening period when JT Miller scored his first goal of the season, but Florida tied things up on a power play with 27 seconds left on the clock.

The Panthers pulled ahead briefly when Brian Campbell slapped the puck past Henrik Lundqvist 11:20 through the second. Derek Doresett was able to tie the game 2:38 later with an assist from Brian Boyle to make it 2-2 after two periods.

Brad Richards gave New York the lead back with an assist from Carl Hagelin less than a minute into the third period, and Mats Zuccarello snapped in the fourth Rangers goal on a power play five minutes later. Florida managed to score again before the period ended, but they were not able to tie the game. Lundqvist blocked 24 of 27 shots as New York won 4-3.

The Rangers have now won 7 of their last 9 games and improved to 9-8-0 on the season. They will try to win their fourth straight game against the Devils at 7:00 PM tomorrow night.

Knicks Routed at Home
After suffering two three straight losses the Knicks looked ready to start turning things around with a dominant victory over the Bobcats on Friday. Yesterday’s game against the Spurs, however, showed that the team is still struggling to find any sort of defensive identity.

North Babylon native Danny Green helped San Antonio jump out to an early 10-0 lead with a couple of shots from beyond the arc and the Spurs rolled on from there, leading by 17 for much of the first. A successful trip to the free-throw line by Green ended the quarter with the Knicks down 35-17.

New York kept pace with San Antonio in the second, but ultimately shaved only two points off the deficit before halftime, and was once again pummeled by Green to start the second half; the Long Islander put up 13 points in the first seven minutes of the third quarter.

Down 30 points entering the fourth, the Knicks had no hopes of winning the afternoon and sent their bench out to finish the game. They lost 120-89.

Carmelo Anthony and Andrea Bargnani led the team in scoring with 16 points; Metta World Peace shot for 13 and Tim Hardaway Jr. put up 11. Danny Green had a game-high 24 points.

Now 2-4, the Knicks will try to recover from this humiliating defeat at 8:00 PM on Wednesday when they head to Atlanta.

Nets Keep Pace, but Fall Short
The Nets entered Saturday night 2-3 on the year, with both of their wins coming at home. Unfortunately for them, the undefeated Pacers are making a habit of making every arena feel like home.

Indiana led 17-8 midway through the first quarter, but Brook Lopez helped his team battle back and close within two to finish the quarter down 23-21. The Brooklyn Bench managed to reverse the lead as Marson Plumlee and Shaun Livingston combined for 7 points to put the Nets up 28-27. Indiana traded leads with Brooklyn through the remainder of the quarter, with the Nets ending ahead 46-44 going into halftime.

The Pacers went to work in the third, going up by 9 as David West followed a jump shot with a successful free throw 5 minutes into the quarter. Brooklyn would close back within two points on back-to-back fouls from Williams and Blatche, but the Pacers tore away again to enter the fourth quarter up 72-67.

Brooklyn trailed by as many as 11 points in the final period, however, a pair of Lopez Layups and a Williams jump shot brought them within three as the Nets made it 94-91 with a minute-and-a-half to go. Two missed shots from Garnett and Johnson gave Indiana the chance to cement the game, which they did on a set of West free throws. The Nets lost 96-91.

Joe Johnson and Deron Williams led the Nets in scoring on 17 points apiece, with Williams posting a double-double by virtue of 10 assists. Lopez scored 16 of his own with 7 rebounds, and Paul Pierce shot for 15 with 8 rebounds.

Brooklyn will try to pick up its first road win in Sacramento at 10:00 PM on Wednesday.