The Rangers have put together consecutive wins, but the Islanders dropped 2 straight. 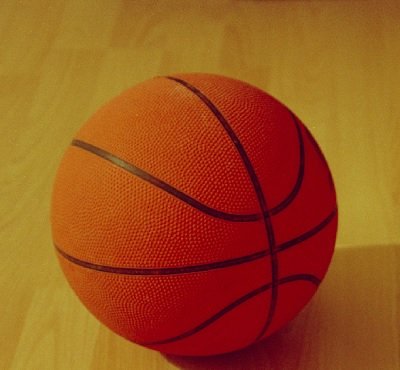 Nets Falter in Overtime
After being blown out by the Magic on Sunday, the Nets rebounded against the winless Jazz on Tuesday. Brook Lopez led Brooklyn out to a 14-4 lead to start the night and never looked back, as the Nets left the first quarter up 28-18 and expanded their lead to 54-38 before the half.

The assault continued after the break as Brooklyn outshot Utah 31-23 in the third quarter. Jason Kidd’s team relented in the fourth, allowing the Jazz to shorten the gap by 8 points, but the Nets still ended with a commanding lead, taking the game 104-88.

Lopez led the team by a wide margin with 27 points and 7 rebounds. Joe Johnson followed with 12 points; Shaun Livingston and Paul Pierce both put up 11. Deron Williams and Andray Blatche both shot for 10.

Johnson and Lopez caught fire early in last night’s game in Washington, helping Brooklyn to a 20-6 lead late in the first quarter. The Wizards battled back, cutting the lead by more than half as the first quarter ended with the Nets still up 33-27.

Brooklyn expanded the differential back into double digits as they pulled ahead 52-39 midway through the second quarter, but Washington again fought back to enter the half down just 58-53. Their momentum carried through a low-scoring third quarter which started with four unanswered shots, putting the Wizards on top 61-58. The Nets trailed until the final seconds of the quarter when a Livingston layup tied the score at 73 apiece.

The two teams traded blows in the fourth, ultimately remaining tied as Washington sunk a last second shot to send the game into overtime. Brooklyn led 106-105 with 40 seconds to go, but a Washington 3 followed by two successful free throws gave the Wizards an advantage they would not relinquish, as they took the game 112-108.

Lopez again did the most damage with 23 points, followed by Johnson’s 16 and Williams’ 14. Livingston shot for 12, Jason Terry had 11 points, and Blatche posted a double double with 10 points and 13 rebounds. Pierce and Garnett combined for 8 points on 3 of 16 from the field.

Knicks Split Pair with Bobcats
The Charlotte Bobcats had a bit of a home coming when they played the Knicks on Tuesday. Their star point guard, Kemba Walker, grew up in the Bronx; their head coach, Steve Clifford, was once an assistant for the Knicks; and Charlotte’s assistant coach, Patrick Ewing, was of course the Knicks’ greatest player throughout the ‘90s. Perhaps it should have been no surprise then that last year’s second worst team looked so at home in Madison Square Garden.

After getting out to a 9-2 lead, the Bobcats went on to stay ahead of the Knicks 31-28 at the end of the first quarter. A commanding performance by Walker in the second sent Charlotte into the locker room with a ten point lead, 64-54.

New York chopped four points off the deficit in the third quarter, which ended with a Carmelo Anthony jumper and two successful free throws, but they were not able to complete the rally in the fourth. After Anthony sunk a 3-pointer and Iman Shumpert banked a foul shot to make it 99-97 with 15 seconds to go, Charlotte pulled back ahead to take the game 102-97.

Anthony had a game-high 32 points in the loss, and Metta World Peace put up 18. Shumpert and Raymond Felton both shot for 14.

Not ready to watch their early season troubles get too far out of hand, the Knicks retaliated last night as they travelled to Charlotte for the second half of a home-and-home series. Back-to-back threes from Anthony and Felton put them ahead 8-4 and, after the Bobcats fought to get on top once again, the duo combined for 9 points to end the first quarter with a 28-22 advantage.

Andrea Bargnani did most of the work to keep New York ahead as Charlotte cut the lead down in the second quarter, scoring 11 points to keep the Knicks up 51-47. New York came out of halftime ready to put the game away, outscoring the Bobcats 34-22 in the third quarter; they relented in the fourth, but still won the game by ten points, 101-91.

Anthony again led in scoring with 28 points, followed by Bargnani’s 25 and Felton’s 5; Anthony and Bargnani also had 8 rebounds apiece.

The Knicks will have a much stiffer challenge when they try to improve to 3-3 against the Spurs at 12:00 noon tomorrow.

Islanders Skid Backward
The Islanders ended last week with two victories in as many days, but the team stumbled early this week. Upon arriving in Washington on Tuesday, John Tavares gave New York an early 1-0 lead with a wrist shot six minutes into the first period.

That lead held until the second period, which the Capitals kicked off by scoring two goals within 75 seconds of each other. Kyle Okposo tied the game 2-2 with an assist from Tavares just 17 seconds after Washington had pulled ahead, but it was the last goal the team would score. Marcus Johansson broke the tie 6:50 into the period on a power play, and Alexander Urbom made it a two goal differential not long after.

Ovechkin tacked on another goal before the second period ended, and assisted in a power play goal late in the third. Evgeni Nabokov blocked just 33 of 39 shots as the Islanders lost 6-2.

Thursday’s game against the Hurricanes went only slightly better. Radek Dvorak scored the only Carolina goal of the night 6:39 into the first period, but while Kevin Poulin went on to block 23 of 24 shots none of the Islanders’ 21 shots on goal made their way to the back of the net. New York was shutout 1-0 for their second straight loss.

The Islanders will try to right the ship when they head to Columbus at 7:00 PM tonight to play the Blue Jackets.

Rangers Build Momentum
The Rangers’ 3-game winning streak came to an end at home against Anaheim on Monday. Seven minutes after Corey Perry put the Ducks on the board first with a wrist shot, Kyle Palmieri gave them a 2-0 lead. New York buckled down on defense after that point; unfortunately Michael Del Zotto’s snap shot late in the second period was the only Ranger goal of the night. Henrik Lundqvist blocked 23 of 25 shots, but New York lost 2-1.

Lundqvist was in prime form as he withstood an early Penguins barrage on Wednesday night. His numerous stops allowed Ryan McDonagh to put the Rangers on the board first on an assist from Brian Boyle with under two minutes to go in the first, and Derek Stepan doubled their lead before the period was over.

Boyle made it 3-0 with a wrist shot 13:10 into the second period, and though Pittsburgh scored their first goal on a power play not long afterward, Ryan Callahan tipped in the fourth Rangers goal before another minute had passed. Derick Brassard made it 5-1 midway through the third period, and that score held as Lundqvist stopped 28 of 29 shots.

Thursday’s match in Ohio was a little tighter. After Carl Hagelin gave New York an early lead, Fedor Tyutin tied the game for the Blue Jackets late in the first period.

Callahan put the Rangers ahead again 4 minutes into the second, and Hagelin expanded their lead with his second goal of the night 12:44 through the frame. The Blue Jackets cut the lead back down to 1 less than a minute later, however, and stayed within striking distance for the rest of the night.

The score remained 3-2 until McDonagh knocked in an empty netter with under a minute remaining in the game, cementing another Rangers victory. Cam Talbot blocked 32 of 34 shots on the night.

New York will try to build another 3-game winning streak as they host the Panthers at 7:00 PM tomorrow night.