According to police, 911 received a call for a dog attacking a child in the rear yard of a Holland Avenue home. 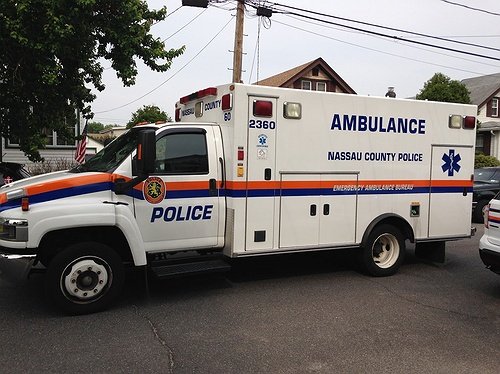 Update - November 9, 2015 - The 9 year old female victim has been identified as Amiyah Dunston of Baldwin.

The original press release and previous update is below.

Update - November 8, 2015 - According to Fourth Squad detectives, the 9 year old victim was pronounced deceased by Franklin Hospital personnel at 1:42 pm.  The victims’ name is being withheld pending family notification.

The owner of the dog, Carlyle Arnold, 29, of Elmont was arrested at the scene for an unrelated charge of Violation of an Order of Protection.

According to police, 911 received a call for a dog attacking a child in the rear yard of a Holland Avenue home.  Upon arrival, two Nassau County Fifth Precinct officers entered the rear yard and observed a male Pitbull attacking a young girl.  A third officer walked through the house, opened the back door and the Pitbull stopped its attack on the 9 year old female victim and charged toward the third officer.  That officer fired several rounds killing the dog.  The victim (who was visiting at the time of the incident) was transported to a local hospital and is listed in critical condition.  There is no apparent criminality at this time.  The investigation is ongoing.