A 10-year-old Long Island boy has passed away after sustaining injuries in a boating accident on Friday. 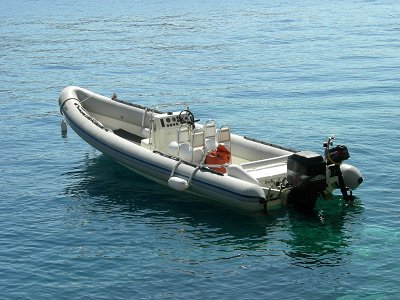 Aaron Tepfer, a 10-year-old student of Yeshiva Darchei Torah Jewish School in Far Rockaway, passed away on Sunday from injuries sustained in a horrific boating accident. The young boy, who had been swimming and tubing in the waters of Reynolds Channel, got his leg caught in a propeller when trying to climb back into his friend’s family boat.

Long Beach Volunteer Fire Department rescuers were training nearby when the accident occurred and rushed to extricate Aaron from the propeller before sending him St. John’s Episcopal Hospital in critical condition. The accident caused a severe laceration on his leg which resulted in massive blood loss.

Aaron was stabilized and moved to Long Island Jewish Medical Center with hopes that he could recover, but Nassau County Police announced on Sunday that he had succumbed to his injuries early Saturday morning. Funeral services were held by the Tepfer family throughout the day.

Yeshiva Darchei Torah also held services on Sunday; they were attended by hundreds, filling the school auditorium and carrying over into the halls. Aaron’s father, Tully Tepfer, spoke at the service and his mother, Rochel Tepfer, is a teacher at the school. Aaron is survived by his parents, a younger sister, and five older brothers.

Owners of motorboats are encouraged to visit Propeller Safety for tips on safe operation of their vehicles.