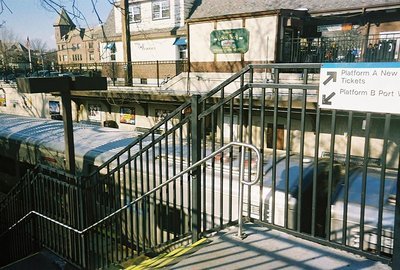 MTA police arrested Valer Zaharia, 38, and his wife Teodora Zaharia, 27, at the Sea Cliff station in Nassau County on Monday evening.  They were charged with identity theft, unlawful possession of a skimmer device, and criminal possession of forgery devices.

Niculae Petre, 45, and Dorin Husa, 37, were also arrested in connection with the crime.

The individuals had thousands of debit and credit card numbers of Nassau, Queens and Westchester residents, many of which came from the compromised TVMs.

“Our officers did incredible work in cracking this case, and this investigation remains very active as we evaluate a wealth of evidence seized so far,” said MTA Police Chief Michael Coan in a press release. “Working closely with our law enforcement partners from the Nassau County District Attorney’s Office, the Queens District Attorney’s Office and the Nassau County Police Department, MTA Police detectives stopped this fraud in its tracks and prevented it from victimizing even more innocent people. Anyone who has used a bank card at an LIRR or Metro-North TVM in the past three months should immediately check for any unauthorized activity on their accounts.”

“Ticket vending machines are a source of convenience for thousands of people who take the railroad every single day, but unfortunately those machines have become a source of convenience and opportunity for a crew of brazen thieves targeting commuters,” DA Rice said. “While law enforcement agencies like ours continue to work together to rein in this scam entirely, customers should raise their alertness at machines, try to use cash or credit cards when possible, and notify authorities immediately of any problems.”

All of those arrested can be deported if they are convicted.

MTA police have inspected all 278 TVMs in the LIRR system to verify there are no cameras or skimmers in place and say they will continue checks on an ongoing basis.