Sony’s latest video game offering will be out in time for December. 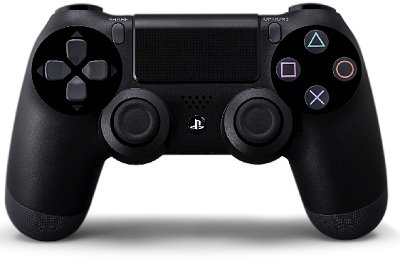 It seems that almost every holiday season there is a new system—or, at the very least, a new iteration of a current system—for video game enthusiasts to get excited about. Last year it was Nintendo’s Wii U and, at a conference held in New York City this past week, Sony announced that this December would belong to them.

To live up to that claim, the PlayStation 4 will employ the usual round of software and hardware upgrades that come with each new console generation.  An 8-core 64-bit x86 "Jaguar" CPU from AMD, a Radeon GPU with 1.84 teraflops of power, 802.11n WiFi, USB 3.0, a 6X Blu-ray drive, and Bluetooth 2.1 will all be found under the hood of Sony’s latest.

The step forward in specs will undoubtedly lead to improved graphics and as yet unseen innovations as it does with every new console, but the PS4 also aims to change the way gamers interact with their system. One major change the new system will implement is the ability to have multiple applications running at once; a player could pause a game and then open a window to start another program through a secondary chip built into the system. That chip will also serve to solve a sticking point for current PS3 owners by allowing updates and games to download in the background while the gamer goes about his business much more easily than is currently possible. It will also let downloads finish while the console is for all intents and purposes off, and make games playable even while they are being downloaded.

There will also be an increased focus on the social aspects of online gaming. A Pinterest-like sharing program will let players upload screens and videos, showing off their progress and achievements to friends through Facebook and other social media, and a built-in livestream feature will allow friends to follow along with each other as they play. In some games, spectators will be able to leave the proverbial stands and assist the players they are watching.

Curiously, Sony did not reveal the physical system itself, perhaps so that it would have something to show off at E3. The company did verify that the DualShock 4 would look a lot like every PlayStation controller before it, with the addition of a small touchpad, mono speaker, and improved motion-sensing. A pair of wide-angled cameras will also come with the PS4, perhaps as the latest variation of Sony’s take on motion gaming, PlayStation Move.

Owners of PS3 consoles may be disappointed to learn that the PlayStation 4 will not be backwards compatible, so they will need to keep both systems plugged in to the TV if they intend to play their old collection of games in addition to whatever new ones are on the horizon.