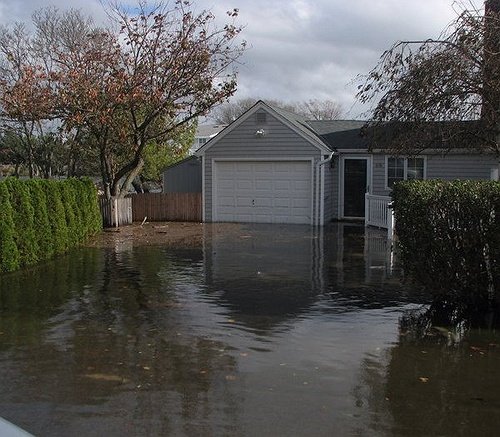 Albany, NY- October 29, 2014 - Governor Andrew M. Cuomo today released a report detailing the progress made by New York State in building back better in the aftermath of Superstorm Sandy. The report highlights advancements made in the areas of housing, small businesses, and infrastructure and community reconstruction through the NY Rising program, as well as a wide variety of steps taken by numerous State agencies. The report, which can be found here, was released in conjunction with the second anniversary of Superstorm Sandy.

"Superstorm Sandy demonstrated that New York as we know it faces a different reality – a reality of increasingly frequent extreme weather events that cannot be ignored," Governor Cuomo said. "After what we went through, we are literally reimagining our State from the ground up so that it is safer, stronger and more resilient than ever before. We are continuing this effort as we mark the second anniversary of this terrible storm, and I am confident that our work will help to protect New Yorkers from the threat of major storms in the future."

Superstorm Sandy struck the New York metropolitan region on October 29, 2012, causing unprecedented damage to homes, infrastructure and an economy still recovering from the effects of a housing crisis and major recession, as well as Hurricane Irene and Tropical Storm Lee.

As many as 300,000 housing units were damaged or destroyed by Superstorm Sandy; two million utility customers were without power; 2,000 miles of roads were affected and public transportation faced long-term disruptions. Tragically, a total of 61 people died in New York as a result of the storm.

In June 2013, Governor Cuomo established the Office of Storm Recovery to drive the State's revival, in part by managing nearly $4.5 billion in federal Community Development Block Grant-Disaster Recovery funding, which was appropriated in part as a result of the tireless efforts of the New York State congressional delegation. Since that time, the State has supported the repair and rebuilding of nearly 10,000 households, provided $20.8 million in grants to small businesses, and facilitated the proposal of approximately 600 projects through the grassroots NY Rising Community Reconstruction Program.

In addition to these reconstruction achievements, spending on storm recovery plays a significant role in growing the State's economy and creating jobs. Based on an analysis conducted by the SUNY Rockefeller Institute of Government, the insertion of this Community Development Block Grant-Disaster Recovery and other federal aid into the economy is projected to spur the creation of more than 111,000 jobs over a five-year period− about 22,000 jobs per year. These jobs will be associated with an increase of $5.15 billion in earnings and $15.8 billion in economic output over the same period.

Jamie Rubin, Executive Director of the Governor's Office of Storm Recovery, said, "From the outset, Governor Cuomo's clear mandate was for the Office of Storm Recovery to make strategic decisions about recovery, resiliency, cutting red tape and ensuring a vibrant future for New Yorkers. The Community Reconstruction program is the quintessential example of local empowerment in which the priorities and projects in an area are proposed not by government, but by the people who live and work there."

The report provides first-hand accounts from homeowners, small businesses and NY Rising Community Reconstruction participants who have been assisted by the array of programs under the NY Rising umbrella. It also details larger infrastructure projects, ranging from the $270 million R-train repair, to the $24 million stabilization and protection of Robert Moses State Park and the $518 million bridge scour initiative, to make New York better able to withstand instances of extreme weather.

This report is not intended to be a comprehensive listing of each and every recovery effort, but instead serves to hone in on key actions and impacts that have been strategically pursued by the State.

More information can be found at stormrecovery.ny.gov.