With this year marking the 2 year anniversary of Superstorm Sandy, let’s take a look back at the storm and the effect it has had on us. 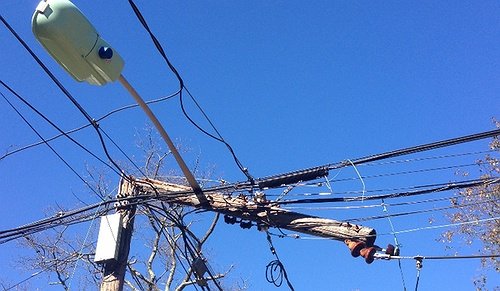 This October marks two years since the devastating disaster, Hurricane Sandy, touched down on the East Coast. This storm, often referred to as, “Superstorm Sandy’” ended up being the 2nd costliest Atlantic hurricane, after Hurricane Katrina which hit the Louisiana cost in August 2005, and the deadliest, and most destructive, hurricane of the 2012 Atlantic hurricane season. This storm, which developed from a tropical wave in the Western Caribbean Sea, led a path of destruction through Jamaica, Cuba, and the Bahamas before eventually hitting the New York/New Jersey area.

Looking back on the storm now many Long Islanders will remember the days, and for some, weeks, without power, millions of dollars of damages to their homes, cars, streets and towns, the immobilizing gas shortage and immense lines and hours of waiting outside local Long Island gas stations, and the months and years of struggle afterwards leading up to recovery.

Statistics wise, tens of billions of dollars of damages were incurred in the U.S., thousands of homes were destroyed, millions of people were stuck without electricity, and numerable deaths, whether directly or indirectly related to the storms, occurred.

Even now many places are still recovering from the devastating disaster. Ellis Island, the American landmark and immigrant museum, suffered severe damage during the storm, including flooded boilers and electric systems, damaged docks,  architectural damage, and is even now, two years later, still running off of generators along with many of the museum’s artifacts and displays still undergoing repair.

According to an article from the New York Times, “In the next four decades, scholars say, sea levels are expected to rise by as much as 30 inches, and if the worst projections come to pass, about 800,000 city residents could find themselves living with the threat of being swamped. According to an insurance report commissioned by the city, if New York suffers another storm like Sandy in the early 2050s, when ocean levels and the population are likely to be higher, it could cause $90 billion in damage — almost five times the cost of the initial storm.”

Now, years later, after so much preventive planning and preemptive storm preparations have been made, we can only hope that never again will another storm of this caliber ravage our shores, and if it does, that we will be as prepared as humanly possible for it in the future.

Click here to see if you reside in one of the flood zones located on Long Island and be sure to have an evacuation plan in place in case of future disasters.

In the midst of all the chaos, suffering and patience that had to be exercising by those affected by the storm, many positive things came out of Hurricane Sandy.

The storm forced Americans to come to terms with, and become aware of, our aging and failing infrastructure and weak electricity network, a network that is ranked lowered than that of even considerably poorer nations like Portugal and Slovenia. With this knowledge we can now move forward to work on our weaknesses and fortify a stronger, more reliable, infrastructure and electric grid system.

Many local heroes, average civilians, volunteer firefighters, police officers, etc., were also made during the disaster and an immense campaign of compassion ensued. Donations of all kinds, programs to rebuild homes, and a general crusade of helpfulness began, proving that even through such a monumental time of struggle, hope still remained.