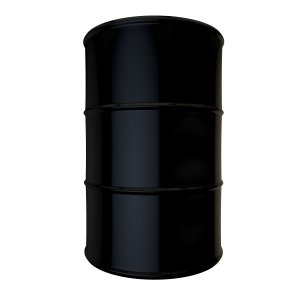 Albany, NY - February 28, 2014 - Governor Andrew M. Cuomo today announced that state officials have launched a series of inspections to safeguard New York’s residents, communities, waterways and lands from potential serious incidents involving the shipment of volatile crude oil by rail throughout the state. Working with federal authorities throughout this week, the New York State Department of Transportation (NYSDOT) participated in a series of inspections at the Port of Albany and its adjacent rail yard, as well as inspections in Albany and Buffalo along rail tracks and in rail cars. In addition, the New York State Department of Environmental Conservation (DEC) is conducting inspections today at the Port of Albany.

“We are taking action to safeguard our communities from the potential risk of crude oil shipments by launching more aggressive and enhanced enforcement of rail safety,” said Governor Cuomo. “This inspection blitz has resulted in immediate improvements to some of the State’s busiest rail sites. In addition to performing these and other inspections with our federal partners, my administration will continue to urge Washington to enact improved rail and port safety practices that are both mandatory and enforceable.”

NYSDOT Commissioner Joan McDonald said, “I want to thank the Federal Railroad Administration for partnering with us to develop this important initiative. Under the direction of Governor Cuomo, we are responding to the increased shipment of crude oil by rail with a rigorous, coordinated enforcement effort along our rail lines. The safety of New Yorkers and our communities is our top priority.”

DEC Commissioner Joe Martens said, "DEC is committed to protecting public health and the environment in the communities near rail and water transport operations and oil storage facilities. Inspections are critical tools to ensure facilities comply with stringent safety regulations. Governor Cuomo is a leading advocate in calling for improved safety of crude oil transport and DEC will continue to work with state, federal and local partners to protect communities and New York's air, land and waters."

These inspections stem from the growing concern regarding the volatility of crude oil from the Bakken oil fields in North Dakota and its significantly increased shipment by rail throughout New York State. Just last month, Governor Cuomo issued an executive order directing several State agencies to do a top-to-bottom review of safety procedures and emergency response preparedness related to shipments of rail, ship and barge shipments of crude oil following several severe accidents, including the deaths of dozens of people, the evacuation of thousands and devastation of entire communities. This review is due by April 30. Governor Cuomo’s Executive Order also directed agencies to work with federal partners to enhance preparedness and oversight. The federal government has nearly exclusive regulatory authority over railroad transportation.

The first round of inspection efforts concludes just one week after Cuomo Administration officials traveled to Washington D.C. to meet with federal transportation authorities to express their concerns about the safety of New York State communities due to the increased transport of Bakken crude oil throughout the state. On Friday, Feb. 21, state environment and transportation officials met with the U.S. Department of Transportation (USDOT), FRA and the Pipeline and Hazardous Materials Safety Administration, resulting in an agreement to coordinate and increase federal and state efforts to inspect rail and port facilities to safeguard the surrounding communities and the environment from oil spills.

This inspection initiative will continue in the weeks and months to come and will also serve to help inform the state’s ongoing review, as directed in Governor Cuomo’s executive order.

As part of the inspection effort, federal and state officials engaged in multiple inspections throughout the week:

On Feb. 27, inspectors from the NYSDOT spearheaded an inspection blitz at two major rail yards with officials from the Federal Railroad Administration (FRA). The inspectors did a mechanical inspection of brakes and other safety equipment, including tanker cars that carry crude oil, as well as the rails, ties and other equipment. They also performed a hazardous materials inspection to ensure that equipment is in line with regulations, including valves, valve closures, and placards and decals that describe the cargo being shipped. They also checked dates for the last tank inspection and pressure test.

The inspections on this date took place at the Kenwood Rail Yard in Albany (owned by Canadian Pacific Railroad) and the Frontier Rail Yard in Buffalo (owned by CSX). These two rail yards are two of the most heavily utilized rail locations in New York State for the transport of crude oil. The Kenwood rail yard, adjacent to the Port of Albany, serves as the critical transfer site of crude oil from rail cars to ships and barges. The findings of that examination are considered typical for the type of inspection, and were either addressed immediately or are in the process of being remedied.

At the Kenwood Yard in Albany, the NYSDOT-FRA team inspected 120 T-111 type tank cars, and found three defective wheels and 3 defective brake shoes. Those defects must be addressed before the cars can leave the yard. The team also inspected two miles of track and 31 switches, and found 36 defects, including loose rail joints, fasteners and a broken joint bar. All of these defects were immediately repaired by railroad personnel.

The team at the Frontier Rail Yard in Buffalo inspected 198 T-111 type tank cars, three locomotives and one yard switcher. Two of the tank cars had wheel defects, and a few others were found with brake shoe defects. The team also inspected four miles of track and 13 switches. Seven defects were found, including a broken rail that may require that section of rail to be taken out of service. The railroad has 30 days to remediate the track defects.

In addition, the FRA has issued a violation to Green Plains Renewable Energy of Nebraska for two non-compliant tank cars. Inspectors found the two tank cars, which were carrying ethanol, did not have their bottom outlet nozzle caps secured. The violations could result in a civil penalty. Green Plains is the shipping company, and not the rail carrier.

On Feb. 25, DOT participated in inspections at the Kenwood Rail Yard adjacent to the Port of Albany with the FRA, Canadian transportation officials (Transport Canada) and CP Rail to inspect rail wheels. The inspection focused on wheel defects that have been identified on tanker cars currently in use for crude oil transport. The observed defects are characterized by excessive ware of the steel wheel surfaces on these tanker cars, which is an issue of concern in both the U.S. and in Canada.

The inspections uncovered “shell type” wheel defects, a condition observed on a number of steel wheel sets which have recently been removed from tank cars in the Kenwood yard. This condition is characterized by the degradation and loss of the hardened steel wheel surface, resulting in flat areas which can cause a pounding effect on the rails. Although these wheel conditions are not known to have contributed to any derailment incidents to date, federal, state and Canadian officials are examining the specific cause of these shell defects out of an abundance of caution for potential collateral defects.

The inspection process will focus on all aspects of the facility to ensure it will be able to contain oil discharges and prevent them from reaching navigable waters and adjoining shorelines.

Inspectors will evaluate the condition and integrity of storage containers as well as secondary containment measures such as liners, ditches, sumps or ponds to prevent spills from impacting groundwater or surface waters. DEC will also examine the ability of spill response organizations to begin recovery efforts immediately after receiving notification.

In addition to this analysis, Governor Cuomo last month directed several state agencies to petition the federal government to take immediate actions to protect the State’s communities and natural resources from these potential disasters. These needed changes include the expedited adoption of permanent federal regulations based upon a comprehensive reassessment of the safety of rail, barge and ship transportation of crude oil, the implementation of stronger tank car safety and design standards, and upgraded measures to prevent and respond to crude oil spills on our rivers.

Since that time, and at the urging of Cuomo Administration officials, federal authorities have reached an agreement with railroad operators to increase inspections, improve safety with lower speeds and new technology to find the safest routes, expedite rail safety standards and improve emergency preparedness and response along the rail lines. Also, earlier this week, the USDOT issued an emergency order requiring all shippers moving Bakken crude oil to test their product to ensure it is properly classified before transit.