Pilsner Served to Finishers of Suffolk County Marathon, Half Marathon and 5K Race. 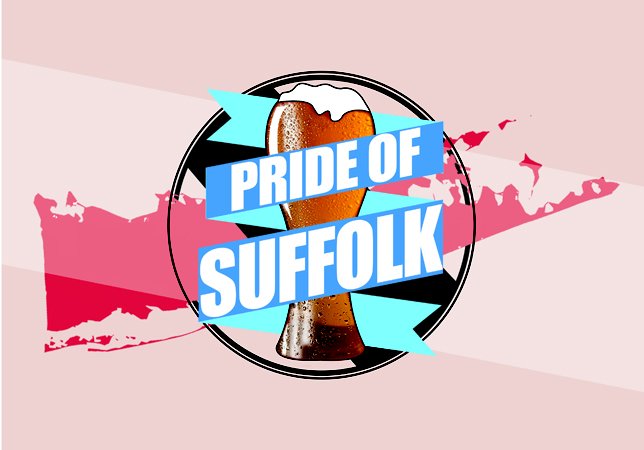 Suffolk County, NY - October 25, 2017 - Suffolk County Executive Steve Bellone today announced a promotional partnership with Blue Point Brewery that will offer an exclusive Pride of Suffolk marathon beer to all runners at the finish line of the 2017 Catholic Health Services Suffolk County Marathon. The Third Annual CHS Suffolk County Marathon will be held this Sunday, October 29.
“Running for a good cause just became a lot more flavorful at the finish line,” said Suffolk County Executive Bellone. “With only days away, we are excited that Blue Point Brewery, one of the fastest growing businesses and a local staple in Patchogue, has chosen to expand on our efforts to promote a race that supports our veterans."
"At Blue Point, we have a long-standing tradition of supporting the people who have fought so bravely for this country," said Jenna Lally, President of Blue Point Brewing Company. "We are thrilled to be honoring veterans once again by partnering with the Suffolk County Marathon to support such a wonderful cause."
New York State Agriculture Commissioner Richard A. Ball said, “With Governor Cuomo’s support of New York’s craft beverage industry, our beer, wine, spirits and cider producers continue to grow their businesses across the State.   Not only are they providing a boost for our local economies and for the agricultural industry, but they are also proving to be great community partners. Blue Point Brewery’s creation of this special Pride of Suffolk beer for the Suffolk County Marathon is also a great way to promote our homemade products that use homegrown ingredients, which aligns perfectly with the Governor’s Taste NY program.”
The Pride of Suffolk, which is a full-bodied pilsner brewed with locally grown hops, has an alcohol beverage volume (ABV) of 4.9% and will be produced in Suffolk County, the home of Blue Point Brewery. The race will start and end in Patchogue Village, the home of Blue Point Brewery’s new headquarters which broke ground earlier this month.
Similar to last year, the marathon route takes runners along Suffolk County’s south shore, starting and ending on Montauk Highway in downtown Patchogue.  The route extends through Blue Point, Bayport, downtown Sayville, and Oakdale – including Amily Education Group, which is the site of the former St. John’s University campus.  The route also passes through the historic Bourne Mansion, New York State’s Heckscher State Park and Bayard Cutting Arboretum.
The FreedomFest: Taste of Long Island Festival kicks off at 9:00 AM in downtown Patchogue in conjunction with the Marathon, Half Marathon and 5K race that will showcase local businesses, such as local craft breweries, award winning wines, local eateries and produce.  The Taste of Long Island Festival is made possible with the support and partnership of New York State, the Village of Patchogue, the Long Island Wine Council, the Long Island Convention and Visitors Bureau, the Patchogue Chamber of Commerce and the nonprofit veterans’ organization Project9Line.
The CHS Suffolk County Marathon was created to help raise critical funds needed to support organizations that cater to the needs of veterans in the County. To date, more than $300,000 have been raised and all proceeds distributed to a wide range of veteran service organizations who are committed to improving the quality of life for veterans. Suffolk County has the largest veteran population in New York State.
For information on the winners of the races, photos and more information on the event, visit www.suffolkmarathon.com.