New York Governor Andrew M. Cuomo and Missouri Governor Jay Nixon today announced an interstate wager on the matchup between the New York Mets and the Kansas City Royals in the 2015 World Series, which ... 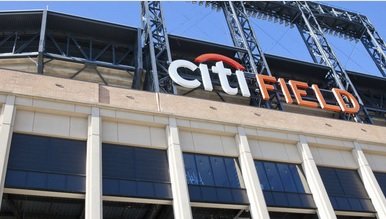 Albany, NY - October 25, 2015 - New York Governor Andrew M. Cuomo and Missouri Governor Jay Nixon today announced an interstate wager on the matchup between the New York Mets and the Kansas City Royals in the 2015 World Series, which begins on Tuesday, Oct. 27. If the Mets win, Governor Nixon will wear a Mets jersey to work for a full day. If the Royals win, Governor Cuomo will do the same, wearing a Royals jersey.

“This year’s World Series is a matchup between two truly great teams – but there is no doubt in my mind that the Miracle Mets are going on to win it all,” said Governor Cuomo. “The Mets’ strength, skill and leadership sets them apart from every other team, and their fans are truly without equal. From my hometown of Queens to stadiums across the country, this team has proven that they have what it takes to clinch the World Series, and I’m confident that is exactly what they will do. I thank Governor Nixon for his participation in this friendly wager and think he will look great in blue and orange.”

“The Royals have earned their second consecutive berth in the Fall Classic through strong pitching, discipline at the plate, spectacular defense, and a dedicated fan base at the K that is second-to-none,” Governor Nixon said. “Good as the Metropolitans have been in the postseason, I don’t see them overcoming this playoff-seasoned team.  In the highly unlikely event the Mets prevail, I’ve wagered a few items representative of the best of Kansas City and Missouri food, sports and technology. But with the Royals’ home-field advantage and never-say-die spirit, I look forward to having Governor Cuomo send us the offerings from New York, come November.”

If the Royals win, Governor Cuomo will send Governor Nixon:

Last fall, Governor Cuomo and Governor Nixon traveled together to Afghanistan as part of a four-governor delegation to meet with U.S. troops and to be briefed on security matters.