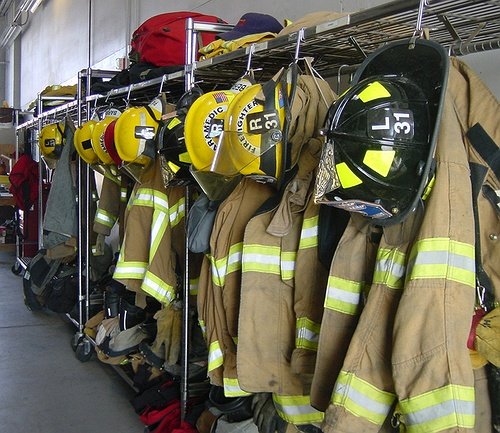 West Sayville, NY - September 8, 2015 - United States Senators Charles E. Schumer and Kirsten Gillibrand and Congressman Peter King today announced that the West Sayville-Oakdale Fire District is set to receive $592,273 in federal funding. The funding will be used to purchase 100 self-contained breathing apparatus, 200 bottles and 100 masks. The equipment will be utilized by fire fighters within the district, including those in West Sayville, Bayport, Oakdale and Sayville. The money was allocated through the Federal Emergency Management Agency’s (FEMA) Assistance to Firefighters Grant (AFG) Program.

“With this funding, first responders in West Sayville, Bayport, Oakdale and Sayville can focus on their important work knowing they have new, reliable and protective equipment,” said Senator Schumer. “This investment will help ensure that our local heroes can continue their life-saving work as effectively and safely as possible.”

“The West Sayville-Oakdale Fire District will use this funding to invest in critical protective equipment that will help keep firefighters safe during emergency situations,” said Senator Gillibrand. “Our first responders are on the frontlines during emergencies and should have the most up-to-date equipment to carry out their lifesaving work more effectively.”

“I understand how critical this funding is for our firefighters,” said Representative Peter King, Co-Chairman of the Congressional Fire Services Caucus. “These funds will ensure that the West Sayville-Oakdale Fire District has the necessary equipment to keep them safe and protect the communities of West Sayville, Oakdale, Bayport and Sayville.”

The Assistance to Firefighters Grants are administered by the Department of Homeland Security Federal Emergency Management Agency in cooperation with the Department's United States Fire Administration. The grants are awarded on a competitive basis to the applicants that most closely address the program's priorities and demonstrate financial need. Funding is allocated to strengthen emergency preparedness and ability to respond to fire and related hazards. More information on the Assistance to Firefighters Grant Program can be accessed here.