In frenzied panic students ran for cover as shots were fired Monday at the Sparks Middle School in Sparks, Nev. by a fellow student, who, after killing a teacher and wounding two students, shot and ... 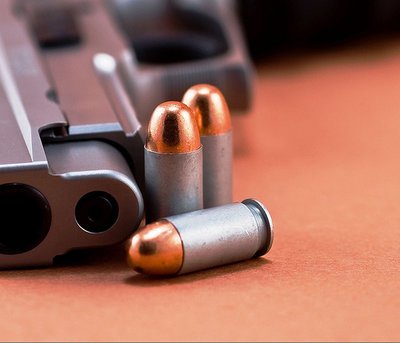 In frenzied panic students ran for cover as shots were fired Monday at the Sparks Middle School in Sparks, Nev. by a fellow student, who, after killing a teacher and wounding two students, shot and killed himself.

"It's too early to say whether he was targeting specific people or just going on an indiscriminate shooting spree," said Tom Robinson, deputy chief of the Reno Police Department in a CNN report.

Reports of the shooting, which happened on school grounds outside of the school building, began coming in at 7:16 a.m., according to a Sparks police dispatcher. Between 150 and 200 officers responded, but authorities say no shots were fired by law enforcement.

Kyle Nucum, a 13-year-old student, told the Reno Gazette-Journal that he saw a classmate shoot a teacher.

“And we ran across the field to get somewhere safe and while we were running we heard about four or five more shots and we just got somewhere safe. This lady let us into her house.”

Family members later identified the staff member who was killed as math teacher Michael Landsberry, 45. According to Fox News, police reported that Landsberry died while trying to protect children.

“My estimation is that he is a hero,” said Reno Police Department Deputy Chief Tom Robinson.

Authorities said students were being taken to Sparks High School to meet their parents, some of whom were in tears. School was canceled for the week at Sparks Middle School and for the day at nearby Agnes Risley Elementary, officials said.

"We came flying down here to get our kids," said Mike Fiorica, whose nephew attends the school. "... It's really chaotic. You can imagine how parents are feeling. You don't know if your kid's OK."

Nevada Gov. Brian Sandoval said in a statement that he was "deeply saddened to learn of the horrific shooting."

“My administration is receiving regular updates and the Nevada Highway Patrol is assisting at the scene," he added.

Offering condolences to students, parents and staff, Senate Majority Leader Harry Reid, D-Nev., said, "No words of condolence could possibly ease the pain, but I hope it is some small comfort that Nevada mourns with them. I stand by to be of any assistance if there is anything that can be done."

Include your comments below or on our Long Island Living Forum.