Shoot Over to View Shooting Stars from the Perseid Meteor Shower 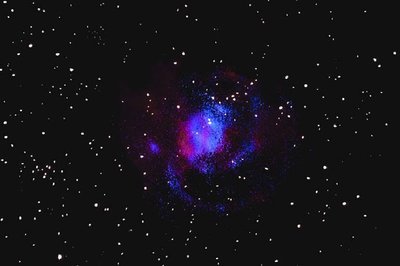 There might be a lot of people calling in sick on Monday morning!  Peak viewing of the Perseid Meteor Shower will take place on Sunday into Monday.  Get to see upward of 60 meteorites flash before your eyes per hour.

According to Astronomy.com, the Perseid meteor shower has some added bonuses this year: It will occur on a night when the moon is in its waning crescent phase, which means the moonlight will interfere only slightly with your view of the falling stars.

The meteors are certainly bright, but they are actually only tiny objects, usually no more than a grain of sand. However, as they travel at speeds of up  to 37 miles per second, these small particles put on quite a brilliant show. They really get going after midnight and bombard the sky most abundantly until the wee hours before dawn.

The best place to observe the Perseid meteor shower (or any meteor shower for that matter), is somewhere dark, away from light pollution, and with the moon out of the field of vision. The less light visible, the more brilliant the meteor shower will be.

For photographing this event, a digital camera mounted on a tripod helps to steady the images that swiftly move across the sky. A quick trigger finger also helps. Even random clicks during the height of Perseid "prime-time" will guarantee that you'll catch something! Be sure to have the camera focused on infinity and, if your camera permits, leave the shutter open for several minutes for the most spectacular photographic effects.

If you want to venture out from your backyard to view the Perseid meteor shower, here are some great options.

Have fun and don't forget to make a wish on a shooting star!