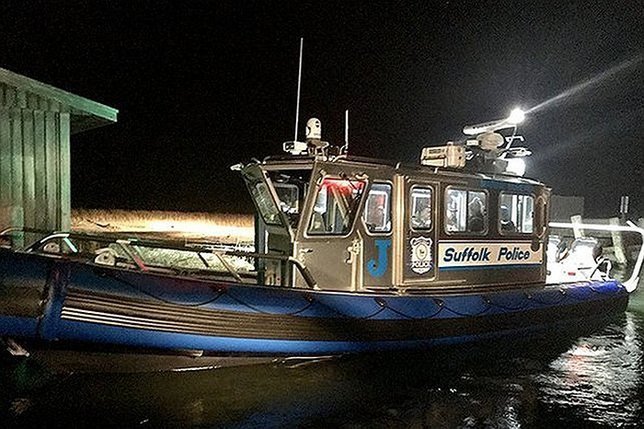 A sailboat put out a distress call just after 9pm on Tuesday night after the boat struck a sandbar in Fire Island Inlet off Democrat Point in Babylon. The disabled 36-foot Beneteau sailboat had three passengers on board including the captain.

A small craft advisory was in effect at the time due to high seas.

Marine Kilo and Marine Juliet from the Suffolk County Police Marine Bureau responded to the call, along with the officers from the Aviation Section and the United States Coast Guard.

According to police, due to the difficult conditions, including four to five foot waves, it took officers Joseph Lanzisera, Chris DeFeo, Ed McDowell and Joe Meo from Marine Kilo four attempts to reach the vessel, at which point the captain and his passengers were taken safely onto Marine Kilo.

The three passengers were transported to the Coast Guard station. They did not require medical attention.