Third Squad detectives report the details of a criminal trespass that occurred in Floral Park on Monday, 06/08/15 at 12:58 P.M. 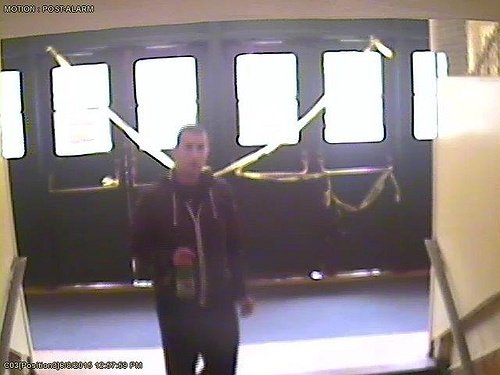 Update - June 16, 2015 - Third Squad detectives report the arrest of Frank Fellini, 29, of Brentwood, in connection with the below listed incident.  Floral Park police officers located and arrested the defendant on Monday, 06/15/15 on Tulip Ave./Laurel St. in Floral Park.  Fellini is being charged with Criminal Trespass 3rd Degree and was released on a Desk Appearance Ticket returnable on Tuesday, 06/30/15 in First District Court, Hempstead.

According to detectives, a male subject entered Our Lady of Victory School located at 2 Bellmore St., through the front door and walked down the stairs into a men’s bathroom.  At that time, there was a fire drill and the subject was seen by faculty members, who attempted to stop him, leave the school and flee the area.

The subject is described as a male Hispanic, 25-29 years of age, 6’ tall, thin build, wearing a dark gray jogging suit and dark sneakers.

Detectives ask anyone with information regarding this incident to call Crime Stoppers at 1-800-244-TIPS.  All callers will remain anonymous.