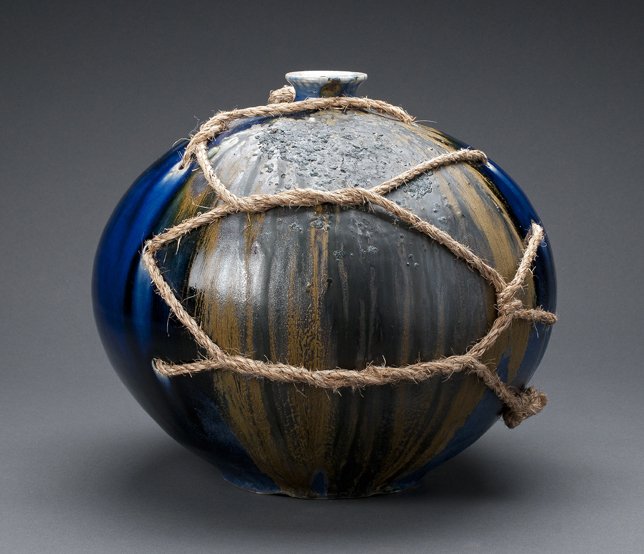 Glen Cove, NY - August 28, 2017 - Hersh Fine Art is pleased to announce Fire & Fiber, an exhibition of ceramic sculptures by Susan Kadish and fiber art by Lauren Rosenblum, both of Long Island, NY.
Rosenblum and Kadish have mastery of an indirect process. They arrive at their work, not through direct visualization of what the outcome will definitely be, but through a skillful manipulation of an uncertain process. In the dyeing of fabric and the fire of the kiln, there is a mysterious alchemy that occurs that cannot be entirely controlled. Kadish and Rosenblum are the directors of processes that are rooted in tradition, but break away into inventive, unchartered territory, with exciting results. 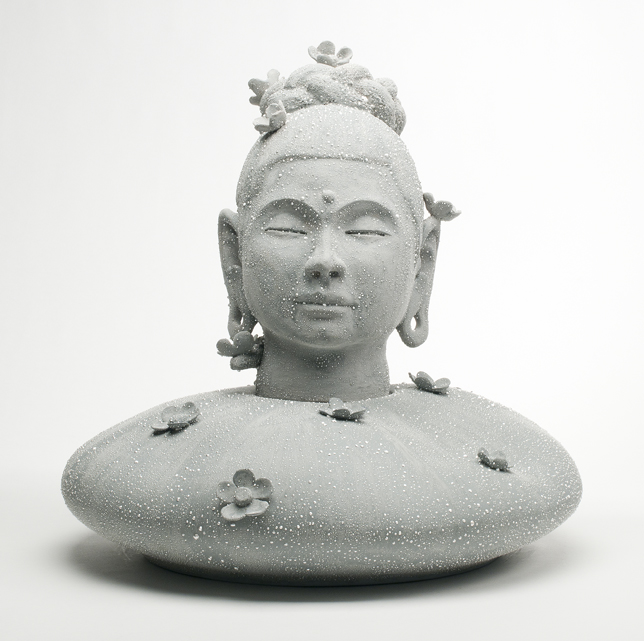 Susan Kadish, #6542, 2017, stoneware with silver. Photo credit: Doug Going
From a family of fashion designers, Susan Kadish’s life has been rooted in aesthetics.  She is particularly inspired by East Asian techniques and says, “I have challenged myself with such thousand-year-old pottery methods as hand-building and raku. I have worked with multiple firing, gunpowder and pit firing for different surface effects and properties. There is an allure to pairing ancient techniques with modern and experimental firing.” Kadish has spent nearly a decade perfecting, and subsequently patenting, a process using liquid silver to embellish the surface of her ceramic sculptures. “Each piece is jeweled with thousands of droplets of iridescent silver that shimmer like beads of morning dew on grass. In the firing process the droplets literally bubble through to the surface, dancing atop the under glaze, capturing and refracting the full spectrum of light,” she says. 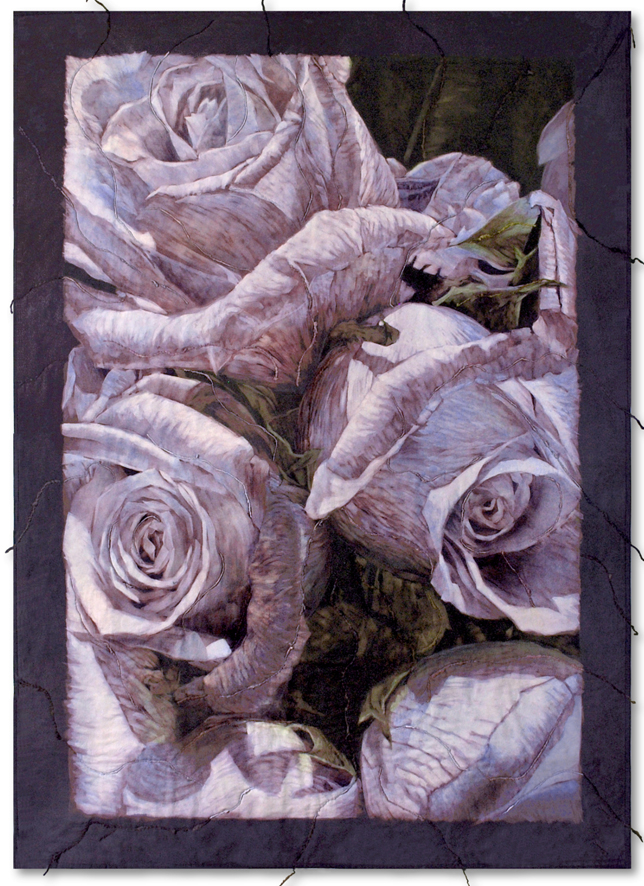 Lauren Rosenblum, Lavender Roses, 2017, cotton fabric/fiber reactive dyes/silk yarn. Photo credit: Lauren Rosenblum
Rosenblum’s early love of quilting began with traditional designs, and she began dyeing her own fabric with fiber reactive dyes, silk screen and shibori techniques. This gained her notoriety in the field of quilting, but studying classical drawing and painting made a deep impact on her work. In a discussion on fiber dyeing as a painting medium, she says, “I am nudged into handling the brush in a very painterly way, navigating the cloth the way the Impressionists handled landscape.” The synergy of paint, dyes, textiles, and yarn interwoven into Rosenblum’s work also offers an original interpretation of her subject matter. Using inspiration such as flowers, trees, and other garden motifs, organic materials translate other organic materials, forming a union between the craft and the image depicted. 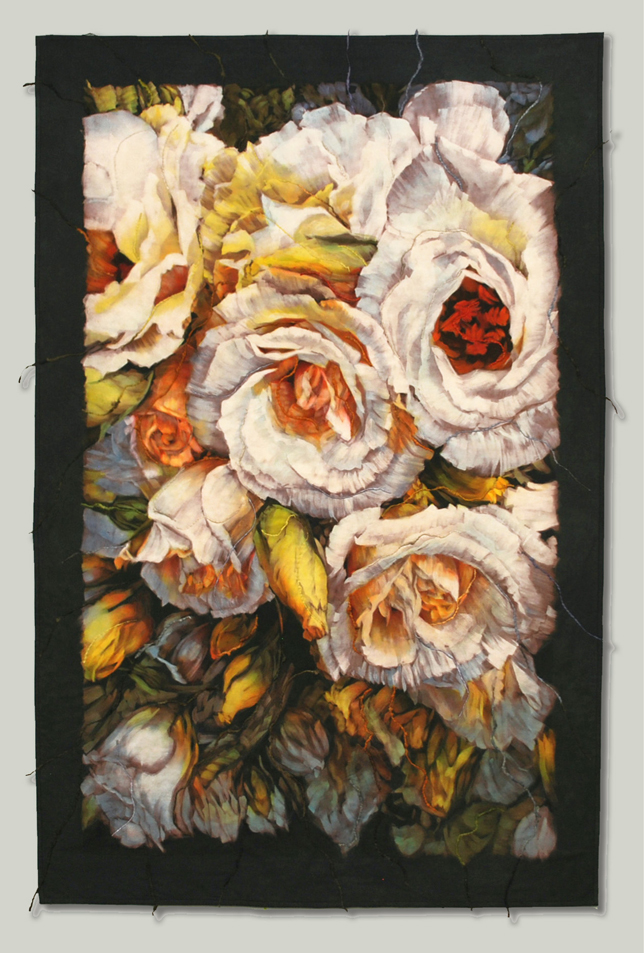