Seven motorcyclists were followed and caught by highway patrol officers after two motorists called 911 to report the bikers' reckless behavior. 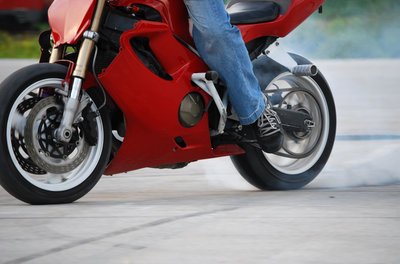 Suffolk County Police have arrested a group of motorcyclists that were disrupting Columbus Day traffic on the Long Island Expressway.

Two motorists on the LIE called 911 after witnessing motorcyclists in the group speeding and weaving in and out of traffic heading eastbound near Exit 49 at around noon.  A highway patrol officer responded to the calls and followed the pack of motorcyclists for approximately ten exits, during which he witnessed the same reckless driving.

When traffic slowed near Exit 63, another highway patrol officer was able to pull in front of the group and pull all seven motorists over to the shoulder.

All of bikers are being charged with reckless endangerment, which is a misdemeanor, as well as other vehicle and traffic violations. Their motorcycles have been impounded.

The arrests come just weeks after the biker melee on the Henry Hudson Parkway where a group of motorcyclists followed and attacked a driver who was traveling with his family. Alexian Lien was pulled from his SUV and beaten by one of the bikers, and narrowly escaped when he got back in his vehicle, ran over one of the bikers, and sped off.  Days later, members of the group stepped forward to police – at least three being NYPD officers themselves.