Nassau County Police have released details of the shootout that took place early Friday morning, and left Andrea Rebello dead from a gunshot wound sustained while she was used as a shield by gunman Dalton ... 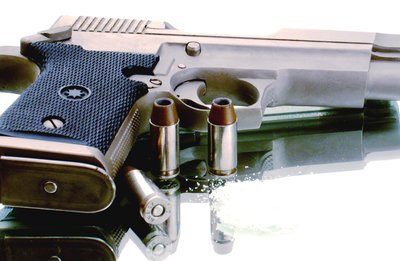 In a tragic turn of events, it has come to light that the Hofstra undergraduate who died in a home-invasion hostage situation was shot by a police officer who was trying to save her.

When police arrived at the house early Friday morning, the gunman, Dalton Smith, came out of the house with Hofstra junior Andrea Rebello in a headlock.  When he pointed his gun at a nearby police officer, the officer opened fire.

The officer fired 8 rounds – 7 of the rounds hit the gunman, and one round hit Rebello.

Nassau Police believe that Smith targeted the house on California Avenue because he saw one of the residents leave the front door open so that a male friend could leave the house to move his car.  When he returned, he found Smith wearing a ski mask, standing in the living room with the three female residents – Andrea Rebello, her twin sister Jessica Rebello, and an anonymous third housemate. The gunman directed them to sit on the sofa and demanded that they turn over any money, jewelry, and other valuables.

The residents only had a small amount of cash in the house, so Smith directed the third resident to leave to withdraw cash from an ATM. According to Nassau police, he told her that if she did not return in eight minutes, one of her housemates would be shot.  Upon leaving the home, she called 911, and police arrived at the house within minutes.

When police arrived at the scene, they witnessed Smith order the male occupant at gunpoint to get on the ground.  He then walked Andrea Rebello down the stairs in a headlock, keeping her close to his body to shield himself.

This was when Smith “menaces our police officer, points his gun at the police officer,” said Nassau County Detective Lt. John Azzata in a press conference Saturday. The officer fired his gun at Smith, and accidentally hit Rebello, who died shortly after of a gunshot wound to the head.

According to News 12 Long Island, the gun recovered from Smith had one bullet in the chamber, and the serial number had been scratched off, rendering the weapon untraceable.

Smith has a long arrest record of first- and second-degree robberies, was wanted by police for missing his parole.