New York’s woes continued this weekend as all three major teams with a game to play came up short. 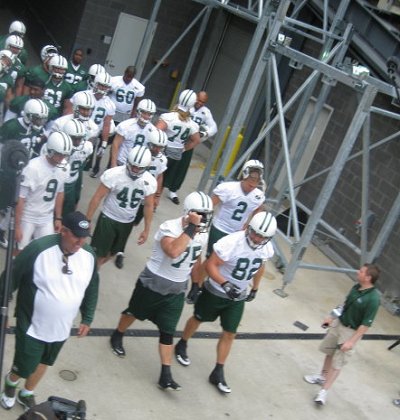 Like a certain other New York Football team, the Pittsburgh Steelers were winless coming into Sunday’s game in MetLife Stadium against the Jets. Gang Green was looking to keep that streak going, jumping ahead first with a field goal drive highlighted by several big Bilal Powell runs in the first quarter.

Pittsburgh fired back in the second, putting up an FG of their own on a drive which bridged the two quarters, then going ahead 6-3 when they got the ball back on their next possession. The Steelers kicked a third straight field goal from midfield before the Jets were able to make their way back into scoring territory, and Nick Folk knocked down his second FG from 39 yards out just before time expired. New York entered the half down 9-6.

The Jets got the ball back to start the third quarter, but a quick three-and-out gave way to a 55-yard catch and run between Ben Roethlisberger and Emmanuel Sanders for the first touchdown of the game. Geno Smith led his team down to the Pitt 23 on the next drive, but threw a pick to Ryan Clark near the end zone, keeping New York off the scoreboard for the quarter.

The Steelers opened the fourth quarter with another scoring drive on yet another field goal to go up 19-6. After two unsuccessful drives, Smith took the Jets across the field and deep into Pittsburgh territory yet again, and threw his second interception of the night, effectively taking his team out of contention for the rest of the game. Pitt spent most of what was left of the clock, giving the Jets just one last play at the end of the game—it was a 9 yard pass to Kerley. The Jets lost 19-6.

Geno Smith went 19 of 34 for 201 yards with no touchdowns and 2 interceptions. Jeff Cumberland led the team in receiving with 59 yards on 4 receptions, followed by Stephen Hill with 46 yards on 3 catches. Powell led in rushing with 30 yards on 9 carries, followed by Mike Goodson with 29 on 4.

The Jets fell to 3-3 as the Steelers picked up their first win. They will play their next game against the Patriots next Sunday at 1:00 PM.

The Islanders travelled to Tennessee to close out the week on Saturday. After a scoreless first period they fell behind 1-0 on a power play a minute into the second. That score held until Frans Nielsen tied the game with a snap shot at 12:39. Tavares put the Islanders up 2-1 a minute later, but the Predators tied the game once more with 53 seconds left in the period.

Nashville went ahead again when Ellis slapped the puck past Evgeni Nabokov for the third Predators goal. Neither team scored again, and the Islanders lost 3-2. Nabokov blocked 28 of 31 shots.

The Islanders will play the Sabres next at 7:00 PM on Tuesday.

The Rangers fell behind early in their game against St. Louis on Saturday, as Martin Biron let one slip by him five minutes into the first period. Ryan Callahan tied things up with just six seconds left before the break, sending the game into the second at 1-1.

Unfortunately, the Blues took complete command of the game in the second period. Biron allowed another goal early in the period, then a third on a power play midway through. Brad Richards managed to make it close with a slapshot at 16:56, but St. Louis scored again before the period was through.

Callahan scored his second goal on a power play in the third only for the Blues to respond in kind. Biron blocked only 13 of 17 shots which came his way; Lundqvist came in for the third period and blocked 16 of 17. The Rangers lost 5-3.

Still looking for their second win, the Rangers will play the Capitals next at 8:00 PM on Wednesday.