New York Falters in Chicago, Fares No Better in California

The Giants and Islanders both fell short in Chicago this week, and the Rangers were utterly decimated on the West Coast. 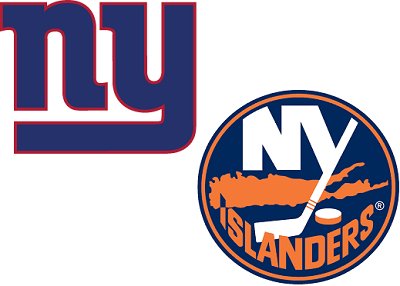 The Phoenix Coyotes started the season by working over the Rangers at home, but they had a much rougher night when they travelled to New York to play the Islanders on Tuesday. Peter Regin scored the first goal of the game 1:49 into the first with an assist from Brock Nelson, and John Tavares put the Islanders up 2-0 on a power play 13 minutes later.

The power play again benefitted New York midway through the second when Matt Donovan snapped in the third Islander goal. Phoenix got its first goal less than a minute later, but Tavares scored his second before the period was over and Colin McDonald added another for good measure.

Josh Bailey cemented the win with a goal of his own halfway into the third period, leading to a final score of 6-1 as the Islanders trounced the Coyotes. Evgeni Nabokov blocked 33 of the 34 shots which came his way.

Last night, the Islanders traveled to Chicago to face the Blackhawks. With Kevin Poulin covering the net, Chicago was able to score the first goal halfway into the first period, and went ahead 2-0 several minutes later. It looked as though New York would enter the second down by that score, but with under a minute left to go Bailey cute the deficit down to 1, then Kyle Okposo tied things up on a backhanded shot as the clock wound down to the final five seconds of the frame.

Despite the last second heroics, however, the Islanders fell behind again when Handzus scored the third Blackhawks goal 6:45 into the second period. Chicago did not score again after that point, nor did New York, and the Islanders fell 3-2. Poulin blocked 25 of 28 shots on the night.

The Islanders will head to Nashville to play the Predators at 8:00 PM tonight.

The Rangers have a difficult stretch to start the new season—beginning with several games on the West Coast they will play 9 total straight road games, and must wait until October 28th to make their home opener. They split their first two matches of the season, but looked completely out of place on the ice afterwards.

Tuesday’s game in San Jose began well enough with Brad Richards scoring the first goal on a power play three-and-a-half minutes into the first period, but the Sharks tied things up a minute later and went ahead 2-1 not long after that.

The Sharks ran up the scoreboard in the second period, knocking in four goals over a 4:30 span in the middle of the frame, including two from 19-year-old Tomas Hertl. Derek Dorsett backhanded the second Ranger goal of the night in the third, but Hertl pulled a hat trick shortly afterward, then notched his fourth goal of the night on an impressive shot through Biron’s legs and into the top corner of the goal.

The Rangers lost 9-2. Lundqvist allowed 4 of 26 shots to get by him in the first half of the game, and Biron allowed 5 of 21 in after he took over.

To round out their tour of California, the Rangers headed to Anaheim on Thursday night. There Henrik Lundqvist gave up three goals in the first 12 minutes of the game. Conditions did not improve as the second frame began with another goal for the Ducks, and Anaheim scored twice more before the period was out.

Lundqvist did not allow the puck to get by him in the third period, but 6 of the 37 shots which came his way over the course of the game still hit the back of the net on a night in which New York’s offense was non-existent. The Ducks beat the Rangers 6-0.

Having allowed 15 goals in their last two matches, the Rangers will try to shape up when they head to St. Louis to play the Blues at 8:00 PM tonight.

Giants Bear Down, Come Up Short

The winless Giants entered Thursday’s game in Chicago with a litany of troubles: their secondary is nothing to be admired, their pass rush is not what it has been in years past, their offensive line is unstable, David Wilson and their running game have been anemic, and Eli Manning has responded to his lack of protection and the team’s desperation by throwing one pick after another.

With Wilson on the sidelines, Brandon Jacobs took charge of the running game against the Bears. Despite the fact that he ran for 25 yards on his first three carries, however, Eli threw two interceptions within five minutes of each other. The first did little damage as Big Blue’s defense made an impressive goal-line stand, but the second was returned for a touchdown by Tim Jennings.

When the Giants got the ball back for the third time in the first quarter, Jacobs was ready to make sure they made their way across the field. He bowled over defenders for 24 yards over the course of a drive highlighted by a pair of 16-yard passes from Manning to Victor Cruz, and a 17 yarder Hakeem Nicks to get the G-Men into the red zone. Jacobs finished the job with a 4-yard rush that tied the game 7-7.

Chicago went ahead again early in the second quarter with a short pass from Jay Cutler to Brandon Marshall. The Giants again had an answer, however, courtesy of a 37-yard touchdown pass from Manning to Reuben Randle (for whom both of the earlier interceptions were intended) to again tie the score, this time at 14 apiece.

The Bears scored again on another connection between Cutler and Marshall in their ensuing drive, and put up a field goal to finish the half ahead of the Giants 24-14. Things began to look even bleaker when they opened the third quarter with another scoring drive, going ahead by 13 on a 52-yard FG kick by Robbie Gould.

New York was not yet ready to quit, and a pair of deep passes to Cruz and Nicks late in the quarter helped advance the team back into the red zone. An 18 yard connection with Randle was followed by a 1 yard touchdown run by Jacobs, who plowed through a horde of defenders to make his way into the end zone and cut the deficit down to 6 points.

Jacobs continued his tremendous night with a pair of explosive plays in the fourth quarter, including a 15 yard run in the Giants’ first drive of the quarter and both a 14 yard and 12 yard play in their second possession. Unfortunately, the team could not capitalize on his efforts and the game was effectively lost when Manning threw his third pick of the night while going deep into Chicago territory. The Bears did not let go of the ball again, and New York lost their sixth straight game 27-21.

Manning went 14 of 26 for 239 yards, a touchdown, and 3 interceptions. Randle led the team in receiving with 75 yards and a TD on 3 receptions, followed by Nicks with 70 yards on 4 catches and Cruz with 68 on 4. Brandon Jacobs nearly doubled the team’s collective rushing average this season with 106 yards and 2 TDs on 22 carries.

The Giants will host a less imposing opponent at 8:40 PM on Monday the 21st. They will enter the game with plenty of rest, but without a win to their name.