There is loads of entertainment going on this Columbus Day weekend on Long Island!

There is loads of entertainment going on this Columbus Day weekend on Long Island! On Friday, enjoy a performance that pays tribute to The Beattles by Classic Albums Live. There’s also the annual fall festival at Heckscher Park and a night of spooky fun with 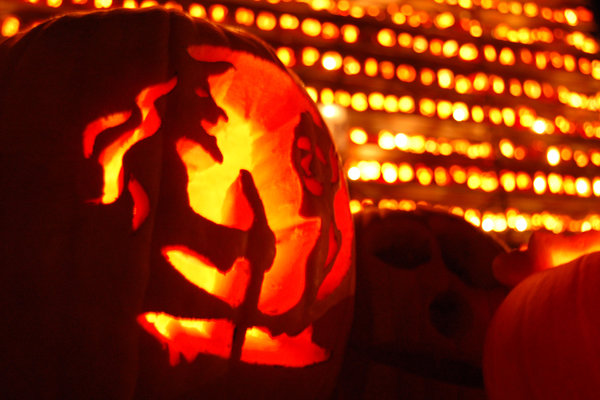 Amityville’s Jeepers Creepers Haunted Lair. On Saturday, Pindar Vineyard will have its Harvest Fest with live music performances. Saturday is also the day you can enjoy Country Fest at Catalina Seaside Park where there will be line dancing and more things country. A comedy show fundraiser is also scheduled for Saturday at Randazzo’s Restaurant & Pizzeria. The comedy show fundraiser is presented by Wilshire Comedy Group and a portion of proceeds go to benefit a young boy facing Stage 4 cancer. For your Sunday, enjoy wine tastings at Bedell Cellars where it will also have live performances by Eddie Ayala. Sunday is also the day to stop by Eisenhower Park for the first annual Oktoberfest Celebration presented by Nassau County Executive Ed Mangano and the Giant Pumpkin Weigh Off event at Hicks Nurseries. Check out the details below!

Who: Classic Albums Live Pays Tribute To The Beattles
Info: Classic Albums Live is known for taking classic albums and recreating them for a live performance on stage. As a birthday tribute to The Beattles, it’ll take on The White Album. There will also be a pre-performance screening of Imagine: John Lennon at 6:15PM and Beattles memorabilia and souvenirs throughout the weekend.
Cost: $27 to $47
Time & Place: 8PM at the Tilles Center for the Performing Arts, 720 Northern Boulevard, Brookville – (516) 299-3100

Who: Amityville’s Jeepers Creepers Haunted Lair
Info: Amityville’s Jeepers Creepers Haunted Lair is back for the second year. It’s presented by Tiffany Hayden-Williamson Productions LLC. Head over for an evening of spookiness with the scariest creatures through this hand designed exhibit. There will also be candy giveaways and more.
Cost: $7
Time & Place: 7:30PM to 10PM at 25 Ronald Drive South, Amityville – (646) 732-4011

Who: Harvest Festival at Pindar Vineyard
Info: Enjoy an afternoon of live music with fun, food and, of course, wine! Attendees receive a keepsake glass and a free glass of wine. There will also be local food, local vendors, local artists, fondue, face painting and more.
Cost: $20 Admission
Time & Place: 10AM to 6PM at Pindar Vineyards, 37645 Main Road, Peconic – (631) 726-7555

Who: Comedy Dinner Show Fundraiser At Randazzo’s Restaurant & Pizzeria
Info: Stop by for a comedy dinner show presented by Wilshire Comedy Group, featuring Dan Bellezze, John Santo and Gary Keshner. The event is a fundraiser for a little boy, Johnathon Cahill, and his family. Johnathon is a Stage 4 cancer patient in need of daily chemotherapy, shots and medications to defeat cancer. A portion of each ticket sold goes to help them. Seating is limited and reservations are accepted with tickets paid in advance.
Cost: $35.95
Time & Place: 6:30PM at Randazzo’s Restaurant & Pizzeria, 1879 Route 112, Coram – (631) 331-7437

Who: Eddie Ayala Performs Live at Bedell Cellars
Info: While stopping by Bedell Cellars, a 30-year-old vineyard and winery, you’ll have to chance to also enjoy live music played by Eddie Ayala. Bedell Cellars has its tasting room set on a historic barn dating back to 1919. It also has a mezzanine level with a fireplace and gorgeous views of its vineyards.
Cost: Free Event. Admission and Tastings $10 to $15
Time & Place: 1PM to 5PM at Bedell Cellars, 36225 Main Road, Cutchogue – (631) 734-5788