Following the threat of armed US intervention, a diplomatic solution to Syrian chemical weapons is now underway. 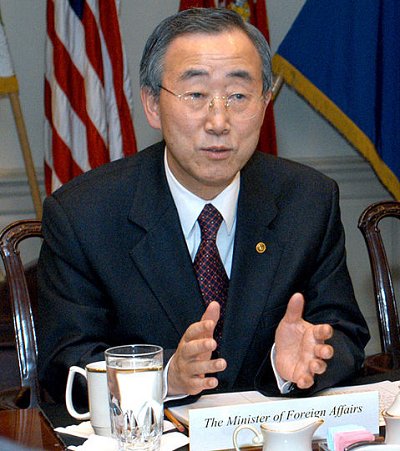 Damascus, Syria – October 2, 2013 – Nineteen inspectors from the Organization for the Prohibition of Chemical Weapons crossed into Syria alongside fourteen United Nations staff members yesterday. They entered through the border with Lebanese capital, Beirut, en route to Damascus, where chemical weapons have been confirmed used in late August.

The UN issued its findings just four days earlier, and has seized on the Assad regime’s sudden willingness to not only admit it possesses chemical weapons, but to allow the international community inside Syria to destroy its stockpiles.

UN resolutions aim to have all weapons identified and destroyed by the middle of 2014, but initial work will be slow and dangerous. First the OPCW need verify that information on the quantity and location of chemicals provided by the Syrian government is actually valid—a mandate which must be fulfilled by the end of October—then begin the initial planning phases of destroying the weapons without harm to surrounding areas. Once identified, the stockpiles will not be particularly easy to dispose of; Syria is believed to be in possession of 1,000 tons of sarin and other substances banned under international law.

After the logistical issues of destroying the poisons, weapons, and equipment which can be used to manufacture them are sorted out, there still remains the danger of accessing the stockpiles. Of the nineteen sites the Assad regime has admitted to possessing, seven are in active combat zones where a two-year-old civil war rages on.

“The success of this mission will depend on the Syrian Government implementing its obligations faithfully and without delay,” said UN Secretary-General Ban Ki-moon. “This includes ensuring the safety and security of OPCW and UN personnel.  The cooperation of opposition forces will also be important.  All sides share a common interest in the permanent destruction of these weapons.”

The destruction of Syria’s chemical weapons, though a victory for the international community, does little to promote a peaceful end to the country’s internal struggles, however. In announcing yesterday’s arrival of OPCW and UN inspectors, Martin Nesirky, Spokesperson for the Secretary-General, cautioned that refugees who fled their homeland in the midst of turmoil should not yet return simply because the threat of chemical weapons is ostensibly removed.

“I think it’s self-evident that conditions in Syria are little short of disastrous and anybody who has fled the country or indeed been displaced within the country has moved because they feel in imminent danger, they and their families.  Therefore, it’s for those families and those people to decide if and when they wish to return.”

Mr. Ban remarked that “As we mark this important step, we must never forget that the catalogue of horrors in Syria continues with bombs and tanks, grenades and guns.  A red light for one form of weapons does not mean a green light for others.  This is not a license to kill with conventional weapons.  All the violence must end.  All the guns must fall silent.”