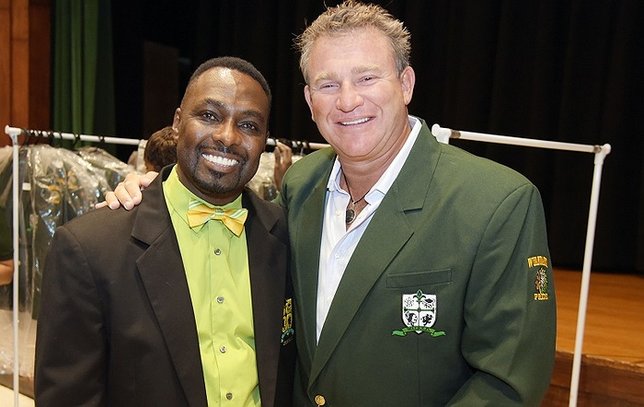 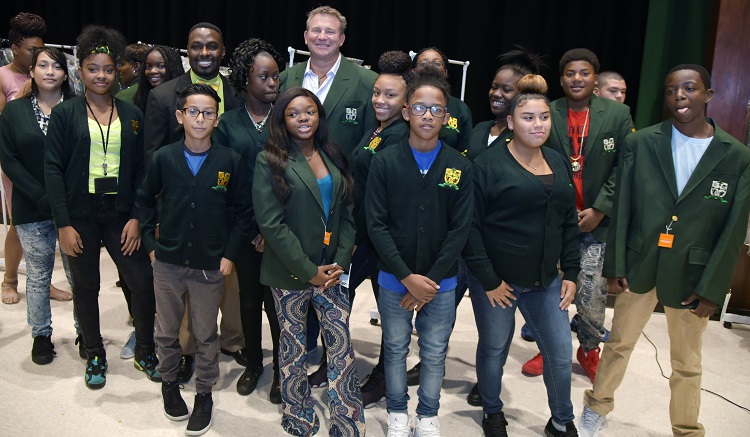 “Wyandanch High School thanks Kevin Gersh for supporting us in our uniform initiative to ensure that our students come to school dressed in appropriate attire for learning,” said Wyandanch High School Principal Paul Sibblies. “We thank Mr. Gersh for this donation as this initiative has shown to increase student achievement in each department over the past school year. We look forward to an even better 2016-17 school year with the expectation that students will continue to excel in the classroom.” 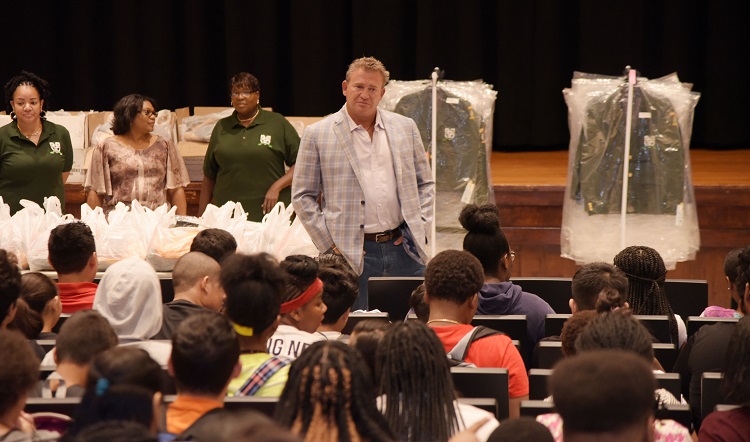 Wyandanch High School implemented a school uniform dress policy at the beginning of the 2015-16 academic year. The experience has resulted in a positive change in both the students’ attitudes and performance in the classroom. 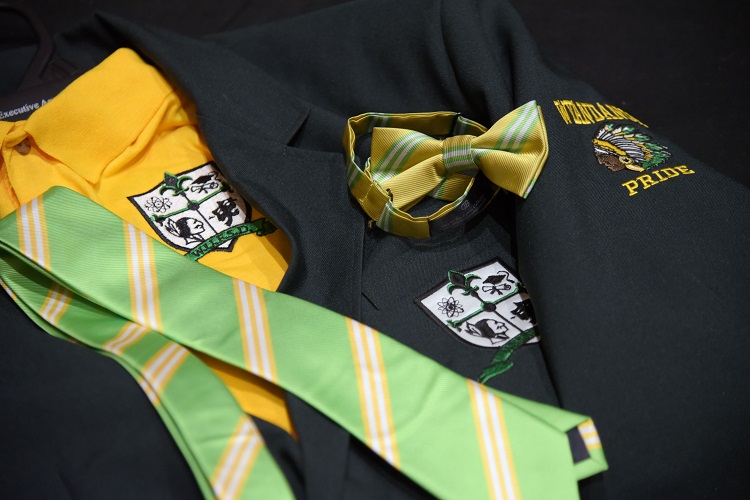 Photo: Pictured is a close-up of a Wyandanch High School uniform before being distributed at a back-to-school event for 200 incoming freshmen at Wyandanch High School that was donated by LI Philanthropist Kevin Gersh, founder of Gersh Academy and West Hills Day Camp. Photo Credit: Courtesy Corbett Public Relations.

The funds for the uniforms were raised by Mr. Gersh, who also found a new uniform supplier, saving the school nearly 50 percent of the previous year’s uniform prices. 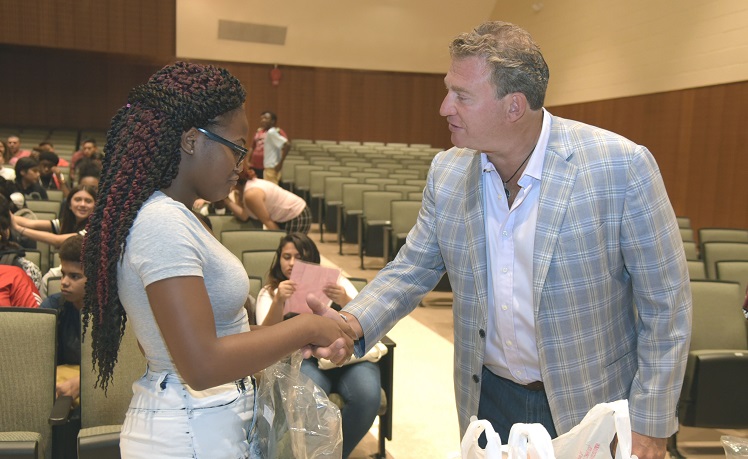 “These uniforms boost students’ self-esteem while providing them with respect for themselves and others. The uniform program that the Wyandanch High School has implemented has shown considerable result in the students’ academic, social and emotional growth – demonstrating how positive effort and right direction can result in a dramatic transformation and impact,” said Kevin Gersh. 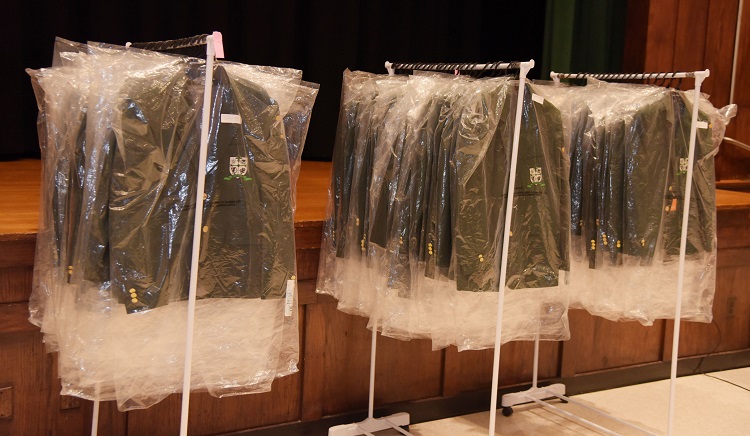 For more information about the Gersh Academy, please visit http://gershacademy.org/

In 1991 Kevin Gersh was inspired by a very unique autistic child who was enrolled in one of his educational programs. Mr. Gersh recognized that this one child and all children, with the right educational environment, appropriate instruction and highly trained dedicated staff, can learn and thrive despite their challenges. Mr. Gersh founded Gersh Academy based on this belief and philosophy. Today Gersh Academy’s successful and much needed programs for children K-12 focus their educational efforts on students on the autism spectrum.

Currently, Gersh Academy has five locations, with three on Long Island and two in Puerto Rico. Gersh Academy in West Hempstead, Long Island, New York is led by veteran Principal Celeste Gagliardi and a team of dedicated professionals. The school provides K-12 educational services for students from across the New York Metropolitan area. It is the goal of Mr. Gersh as well as the school’s teachers and staff to offer exceptional services and programs and, whenever possible, provide students the opportunity to return to their home and school districts with all of the tools, knowledge and skills needed for being successful and achieving their full potential. For more information about Gersh Academy, please visit http://gershacademy.org/

West Hills Day Camp is a long-standing member of the American Camp Association (ACA) and the Long Island Camp and Private Schools Association (LICAPS), representing the highest standards in camping. Located on 18 magnificent acres, West Hills has a highly qualified professional staff to care for and supervise campers made up of certified teachers, skilled professionals, parents, college graduates, students and registered nurses. The camp offers a wide variety of stimulating and fun activities for children of all ages.  For more information visit www.westhillsdaycamp.com
Founded by Edward Gersh in 1954, West Hills has been owned and operated by the Gersh family since its inception. Edward’s son and current owner, Kevin Gersh, grew up at West Hills Day Camp. In fact, it’s his joyful memories of those special summer days at camp that drive him to ensure that as many youngsters as possible have a chance to have similar West Hills experiences. During the summer of 2009, he designed a camp program within West Hills Day Camp directly tailored to children on the autism spectrum and/or with other special needs. This dynamic program has grown in size each year.