More than 100 students were defrauded. 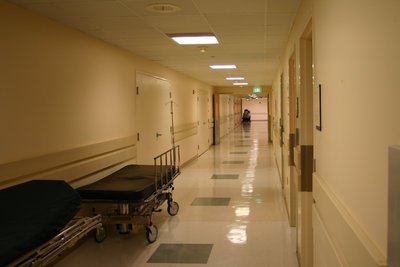 Three people were convicted in a fake nursing school scam that took over $1 million from over 100 students. According to Attorney General Eric Schneiderman, Salvatrice Gaston, Robinson Akenami and Joceyln "JoJo" Allrich were found guilty on all counts by a jury.

Evidence found that the three defendants took money from students to enroll them in classes to prepare them for a career in nursing. However, the certifications given by the school were fraudulent.

“These defendants set up a fraudulent get-rich-quick scheme by targeting people hoping to pursue new opportunities. They lined their own pockets with their victims’ hard earned money, and are now facing significant jail time,” Schneiderman said.

All three defendants face a maximum prison sentence of 2 1/3 to 7 years. They are scheduled for sentencing on March 21st.

Gaston, Akenami and Allrich ran the network of fake nursing schools in Brooklyn and Nassau County. They recruited students, telling them that classes would qualify them for the New York State Nursing Board Exam (NCLEX) to become Licensed Practical Nurses or Registered Nurses in New York.

Many of the students who enrolled in the class had a low income, and paid between $7,000 and $20,000 in tuition costs for the fake schools. They spent as long as two years taking classes, only to find out that the schools were not recognized by the New York State Education Department, and that they were not eligible to take the NCLEX.