Locals turn to the web to voice their opinions about the controversial new show Princesses: Long Island. 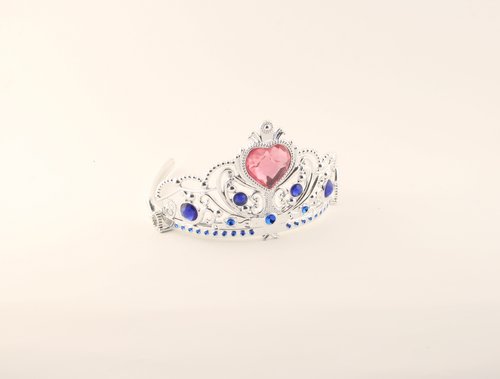 Update: June 6th, 2013: In response to some of the serious backlash from the show, “Princesses: Long Island” cast member Ashlee White turned to her Facebook page to issue an apology. “It was never my intention to hurt anyone, but I am fully aware that what I said cannot be undone,” she said, regarding the comments she made about the town of Freeport during the show.

An angry Freeport resident even created a Facebook Page immediately after the show’s inital airing - Boycott Princesses of Long Island. The page has instantly become popular with locals, gaining over 2,400 Facebook Likes in a matter of a few days. The group has even gone as far as to create a petition in an effort to cancel the show on Bravo, and they have collected over 300 signatures to date.

Original Story:
The much talked about Princesses: Long Island premiered this past Sunday night on Bravo right after The Real Housewives of New Jersey. The RHONJ rounded up over 2.8 million viewers - a respectable number for a cable TV show. Meanwhile, Princesses: Long Island didn’t fair as well, only 1.2 million viewers - a low number for a show’s series premier night -  especially one that is following a hit series. Although the initial viewership was unimpressive, Long Islanders from both Nassau and Suffolk had quite a lot to say about the show, which many locals view as quite offensive.
The show portrays the lives of six grown women living luxurious lives in their parents’ homes in Nassau County. For Long Islanders, it is more than just a reality show - it is an insult. Many locals believe that Princesses creates and reinforces negative stereotypes of Long Island’s culture, and reflects poorly on the local community.
In addition to the heavy media coverage both before and after the show’s premier, countless people have turned to social media to voice their thoughts about the Princesses. The Twitter news feed experienced a real time blowout against the show. Opinions ranged from amused to embarrassed to disgusted and hateful.
Many Twitter Users viewed the show to be offensive and giving a false representation of both Long Island women and Jewish women - some commenters have gone so far as to call the show racist.
Check out some of the most recent tweets about Long Island’s so-called #Princesses:

Twitter was not the only social media where backlash can be found. Bravo’s website features blogs from the cast reflecting on the first episode and their experiences. As quick as the blog posts came, the quicker the backlash comments came from followers.  Comments, both positive and negative, also filled and continue to fill the Princesses’ Facebook page.
YouTube already has some video clips from the show, which have received quite a few colorful comments as well (see below). Check out this video of Ashlee White freaking out when she sees a green fence while driving in her father’s BMW in Freeport. She calls her dad explaining that she feels bad for these people, wants to give them all a hug and “and then get the h*** out.”
One thing is for sure: Princesses has stirred up quite a bit of controversy online - both in the news, and on various social networks.
Didn't catch the entire first episode? Check out on Hulu.

Be sure to let us know what you think of the polarizing princesses in the special Forum Discussion!