Sen. LaValle's 2012 College Affordability Bill to be Reintroduced in 2013 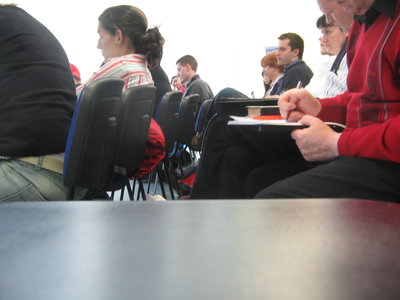 Last June, the New York State Senate passed the 2012 College Affordability Plan, legislation sponsored by Senator Kenneth P. LaValle to help middle-class families and students afford the increasingly prohibitive cost of a college education. The bill, that passed in the Senate but failed to pass in the Assembly, will be reintroduced to both legislative bodies in January.

The proposed legislation is designed to help parents save for higher education for their children, give students access to low-interest student loans and provide clear information about the size of the loan debt they are taking on.

The bill includes a new “Stay-In-New York” tax credit that provides strong incentive for graduates to begin their careers in New York State. It would provide up to $12,000 in tax relief over four years for students who graduate on time or early from a college in New York, perform community service work and stay and work in New York for at least four years. Combined with existing credits, graduates could get up to $15,200 in total tax relief.

Additional features of the College Affordability Plan include:

According to The Project on Student Debt, an organization that works to expand educational opportunity through cost-effective solutions, in 2010, graduates from colleges in New York had an average loan debt of $26, 271, the 10th highest amount in the country. Just six years ago in 2005-06, the average loan for New York schools was $19,249 and New York ranked 20th in the nation. Sixty-one percent of students who attend college in New York have college loan debts.

It’s estimated that by 2016, the average cost of a public college will have more than doubled in 15 years. The amount of student debt is now more than one trillion dollars, surpassing the amount owed on credit cards and auto loans.

“I commend Majority Leader Skelos and Senator LaValle for the leadership they have shown … in addressing college costs," said SUNY Chancellor Nancy L. Zimpher. "We are encouraged by the Senate's ambition to keep more graduates living and working in our state, as there is no greater way for higher education to reinvigorate New York's economy than by training and building the workforce of tomorrow. We look forward to working with our colleagues in state government on the issue of college affordability.”