Schumer Calls for Headstones for Unmarked Soldiers' Graves in Brooklyn 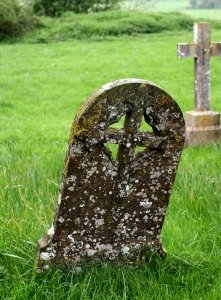 July 10th, 2013 - Brookyln, NY - U.S. Senator Charles E. Schumer today called on Veteran Affairs (VA) to reverse a decision that currently impacts Civil War veterans buried in unmarked graves. The VA recently omitted cemeteries, historians, museums and veterans associations from requesting headstones for unmarked graves of Civil War veterans. The resulting regulation only allows a direct ancestor to apply for a headstone, leaving many Civil War veterans in unmarked graves because there may not be a next-of-kin.
Specifically, the Green-Wood Cemetery in Brooklyn has approximately 2,000 Civil War veterans in unmarked graves. Schumer today called on the VA to continue allowing cemeteries, historians, museums and veterans associations the power to request headstones for these unmarked gravesites.
“All veterans deserve to have their final resting spot marked and honored with a headstone and this is especially true of our Civil War veterans,” Schumer said. “I was shocked to learn that Brooklyn’s famous Green-Wood cemetery, just blocks from my home, has approximately 2,000 unmarked graves of Civil War heroes. This VA regulation prevents thousands of Civil War soldiers, who are buried in New York, from being properly honored. To require the permission of a direct descendant of men who died well over one hundred years ago is a nonsensical policy and it must be reversed.”
"So many veterans sacrificed so much in service to this country. The least a thankful nation can do is to mark their unmarked graves,” said Jeff Richman, Historian at Green-Wood Cemetery.
The VA used to allow researchers, veterans service organizations, historians and cemeteries apply for headstones for veterans buried in unmarked graves. A new VA rule now only allows the next-of-kin to apply for a headstone and this is often impossible when headstone applicants are generations removed from the Civil War. Specifically, the Green-Wood Cemetery in Brooklyn includes 2,000 Civil War veterans in unmarked graves.
Schumer today urged the VA to reverse this new policy and make it easier for cemeteries and other parties to apply for a headstone. In his letter, Schumer said that the current situation gridlocks when living relatives of Civil War veterans are difficult or impossible to find and it would be a dishonor to those who sacrificed so much for our nation.
Schumer sent a letter to Secretary of Veterans Affairs, Eric K. Shinseki and VA Under Secretary for Memorial Affairs Steve L. Muro requesting a modification to the policy. A copy of that letter can be read below:
Dear United States Secretary of Veterans Affairs Eric Shinseki and VA Under Secretary for Memorial Affairs Steve L. Muro:
As you know, last year the Veteran’s Administration (VA) put into effect a policy intended to narrow down those who may apply for a grave marker under the Headstones and Markers Program. Previously, any cemetery or any party with the permission of the cemetery was permitted to apply to the program so that veterans in unmarked graves could be given the dignity of remembrance with a headstone.
The new policy, however, establishes that only veterans’ next of kin may apply for a marker. While the rationale behind this is understandable the current regulations have overlooked the case of an important group of veterans.
Veterans of the Civil War that are lying in unmarked graves can only be delivered from obscurity by the actions of their living relatives. This requires the interest of these individuals in distant ancestors that they never met, and likely have never even heard about. Previously, historians, museums, veterans associations, researchers, and the cemeteries containing the vets could request markers to recognize veterans whose remains were previously unidentified.  Now, next of kin have to be located before the graves can be properly marked.  In some cases, no descendants exist.  When they do exist, difficulty locating descendants of these previously unidentified veterans makes resolution of these cases impossible.  It is a dishonor to those who sacrificed so much for our nation. For example, William Peter Strickland, a chaplain who served during the Civil War is in an unmarked grave in Brooklyn’s Green-Wood Cemetery because of the VA’s extremely restrictive policy.  The Green-Wood Cemetery in Brooklyn includes 2,000 Civil War veterans in unmarked graves.
I am asking that you make the necessary changes to these regulations such that our historic heroes can be honored for now and for all time.  If the next of kin cannot be identified, a State veterans service agency, a military researcher, a local historian, or a genealogist or other person familiar with the research sources and methods necessary to prove the identity of the veteran should be able to request a marker.
Thank you for your time.  I look forward to your response.  Please do not hesitate to contact me or my staff if you have any questions or concerns.
Sincerely,
Charles E. Schumer
U.S. Senator