Candidates can learn about becoming a New York State Trooper and sign up to take the exam at joinstatepolice.ny.gov. 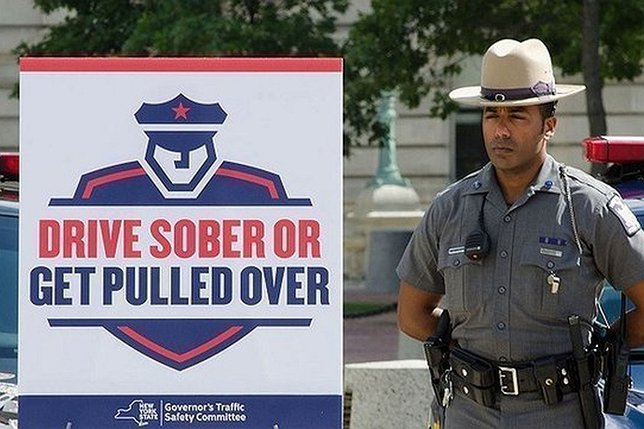 Governor Kathy Hochul has announced that applications are now open for the next New York State Police Trooper Entrance Exam. The exam, which will be administered from January through April of 2022, will be given online at authorized testing centers for the first time in State Police history, part of an effort to make the exam more accessible to the general public. In addition, the State Police have launched a reimagined recruitment outreach program designed to increase the number of minorities and women serving in the ranks.
Candidates can learn about becoming a New York State Trooper and sign up to take the exam at joinstatepolice.ny.gov.
"The New York State Police's proud tradition of public service dates back more than a century, and we're opening applications to become part of one of the elite law enforcement agencies in the nation," Governor Hochul said. "It's critically important that our troopers reflect who we are as a state, and that's why we're reaching out to all communities to find the future leaders of the State Police. We encourage anyone looking to make a difference to consider a career as a New York State Trooper."
The State Police have contracted with Pearson VUE to offer the Trooper Entrance Exam at 54 testing centers in New York State, more than 250 locations in the United States, and 112 military locations around the world. Candidates will be able to choose where and when they take the exam. In the past, the exam was written and candidates were required to take it at a specific location, date, and time. Interested candidates serving in the military needed to take leave and travel back to New York State to take the exam on one of the designated dates. The new online testing process is more convenient and accessible for interested candidates. Candidates have a total of two hours to complete the exam. There is a $20 fee to take the test and an additional $35 fee payable once the candidate selects a testing site, date and time.
State Police Superintendent Kevin P. Bruen said, "The New York State Police has a reputation and tradition of excellence. To maintain and build upon that reputation, we need to attract the most talented and diverse group of candidates possible. Being a state Trooper is about helping people and being a force for justice. We encourage anyone who is looking for a rewarding and exciting career to sign up for the exam."
In addition to the new exam, the State Police has redesigned its recruitment program to reach more potential female and minority candidates. This effort has included meeting with leaders in communities that are underrepresented within law enforcement, with the goal of building positive long-term relationships. The State Police has also created recruitment teams in each troop to network at events and within neighborhoods. The agency will also use social media and other outlets to inform the public about the exam and the benefits of a career with the State Police.
Currently, the New York State Police has about 4,640 sworn members. Approximately 6 percent are Hispanic, 4 percent are Black, 1 percent are Asian or Pacific Islander, while 11 percent of the total force are women.
A study guide for the exam is available at this link: https://joinstatepolice.ny.gov/system/files/documents/2021/08/study-guide-practice-test-for-the-nysp-trooper-examination.pdf.
Exam Qualifications:
There are additional qualifications required at time of appointment. Those can be found here: https://joinstatepolice.ny.gov/appointment-qualifications
Salary & Benefits: