History: Long Islander Pairs with Roosevelt Cousin to Become First Unaccompanied Women to Travel Around the World by Motorcar

Edna Olmsted joined Leila Roosevelt on the adventure of a lifetime in 1933. 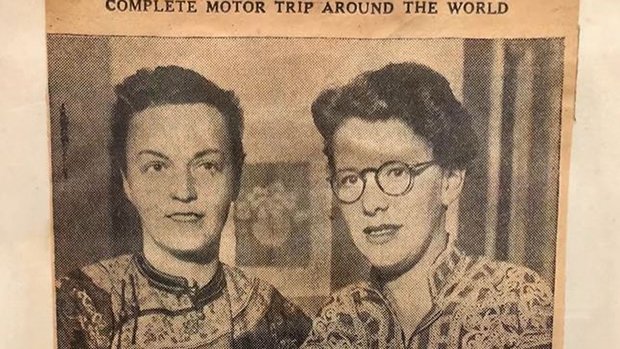 In 1933, when Leila Roosevelt - a cousin of President Theodore Roosevelt - wanted a travel partner to journey around the world, she put an ad in a magazine looking for a female companion who could handle a gun and was a decent mechanic. Northport native, Edna Olmsted answered the call and according to the Northport Historical Society, the pair went on the adventure of a lifetime and made history at the same time.

The New York Times reported on the progress of their trip.

“Mrs. Leila Roosevelt Denis and her companion and mechanic, Miss Edna Olmstead, have completed more than two-thirds of their 10,000-mile overland automobile trip from Antwerp to Singapore, according to word, received here yesterday,” the paper reported on November 30, 1933.

The report also said that they crossed the Arabian Desert from Damascus to Baghdad in 26 hours of continuous driving. The drive was full of adventure and hardships.